On Wednesday, future gas prices at the Title Transfer Facility (TTF), the continent’s leading trading hub, reached €292 per megawatt-hour, a stratospheric figure compared to the €27 set a year ago.

The new all-time high follows a surprising announcement by Gazprom, Russia’s state-controlled energy giant, who last week said it would soon shut down Nord Stream 1 — which pipes gas from Russia to Germany — for a three-day maintenance operation, performed alongside Siemens.

Gazprom argues the pipeline must be checked for cracks, dents, leaks and other potential glitches.

European politicians have repeatedly accused the company of weaponising energy flows and exploiting technical questions as an excuse for piling pressure on countries at Vladimir Putin’s will.

“Upon the completion of maintenance operations, provided that no malfunctions are identified, gas transmission will be resumed at the rate of 33 million cubic metres per day,” Gazprom said.

The rate barely represents 20% of the pipeline’s capacity to carry up to 167 million cubic metres daily. The dwindling flows have forced Germany, Nord Stream’s main recipient, to trigger the second phase of its energy emergency plan and bail out Uniper, an importer of wholesale Russian gas.

But even before Gazprom took the unexpected decision, gas prices across Europe had begun a new steady rise. By late July, the previous record high achieved in early March, shortly after Russia launched the invasion of Ukraine, was shattered.

So far, August has seen a seemingly unstoppable rise in gas prices, bringing the continent dangerously close to the €300 per megawatt-hour barrier.

A hotter-than-usual summer and a subsequent increase in air conditioning use have also fuelled the upward trend, together with a severe drought that has shrunk hydropower and limited activity in nuclear plants.

At the same time, governments are rushing to fill up their gas storage ahead of the winter season, as fears of popular discontent grow by the day. The shopping spree has inevitably swollen prices, with capitals willing to foot the expensive bill.

“The next five to 10 winters will be difficult,” Belgian Prime Minister Alexander De Croo has warned.

While storage plays a key role in the security of supplies, it is far from being a panacea for the EU’s multiple energy woes: the bloc has a capacity to store over 100 billion cubic metres (bcm) of gas – a quarter of its annual 400 bcm consumption.

Mindful of these shortcomings, member states have already established a plan to voluntarily reduce gas demand by 15% before next spring. The unprecedented effort is meant to cushion the impact of a total cut-off of Russian flows, a drastic scenario that has in recent months gone from remote to likely.

As gas prices continue to climb, a pressing question emerges: just how high can they go?

“In theory, there is no limit. The market, as it always does, is factoring in the worst circumstances, the worst interpretation,” Jonathan Stern, a research fellow at the Oxford Institute for Energy Studies, told Euronews.

“If Nord Stream 1 doesn’t resume flows after the three-day maintenance, there is no way to say how bad prices can go. At least, until we see how cold winter is – that’s probably when prices will peak.”

Speculation is an inherent part of Europe’s energy market.

The system is today liberalised and responds to the fundamental dynamics of supply and demand. During the worst months of the pandemic, when economic activity virtually ground to a halt, future gas prices at the TTF fell below the €10 per megawatt-hour, leading producers to huge losses.

This was not always the case: before the 2000s, most gas contracts were based on a long-term perspective and linked to the price of another crucial fossil fuel: oil. The indexation offered certainty and stability but proved too rigid and artificial to deal with the challenges of the new millennium.

The market gradually moved to shorter contracts based on real-time economic trends, which resulted in lower and more competitive prices for both industry and consumers. This flexibility was deemed essential to boost transparency and accommodate the green transition.

The switch, however, left Europe more exposed to price volatility: as demand for gas rose, so did the bills.

Until 2022, the ups and downs were manageable. The spike experienced in late 2021 in the midst of the economic recovery received a middle-of-the-road answer from policy-makers: tax cuts, vouchers for vulnerable households and subsidies for struggling companies.

But the decision of Russia, the EU’s main energy supplier, to invade Ukraine has stretched the liberalised system to its most extreme limits. Speculation surrounding Gazprom’s next move is rife and dictates the market’s wild ebbs and flows.

Households now grapple with impossibly expensive electricity bills, factories slash their production hours in a bid to save power and governments draft plans for the dreaded possibility of gas rationing. Meanwhile, energy drives inflation to record highs, central banks rush to hike interest rates, the euro reaches parity with the dollar and a deep recession looms over the entire continent.

“In case of a recession, our lives will be harder in many ways, but easier in terms of energy. Gas demand will drop and bring prices way from where they are now,” said Professor Stern.

“However, we won’t see ‘normal’ prices anytime soon – not for at least for three to four years,” he added, downgrading De Croo’s ominous warning.

The latest data shows Europe imported record amounts of liquefied natural gas (LNG) from America, to the detriment of the Asian region, a traditional buyer, as China undergoes a sharp economic slowdown.

But not even this good news has been enough to pacify gas prices. The concentrated push in favour of LNG, which offers greater variety than pipelines but entails high costs to build coastal terminals, is excepted to take several years to fully materialise and simmer Europe’s rattled energy market.

GCSE results day 2022: What do the 1 to 9 grades mean and what are the boundaries?

Energy bills could be higher than mortgage payments next year, say experts 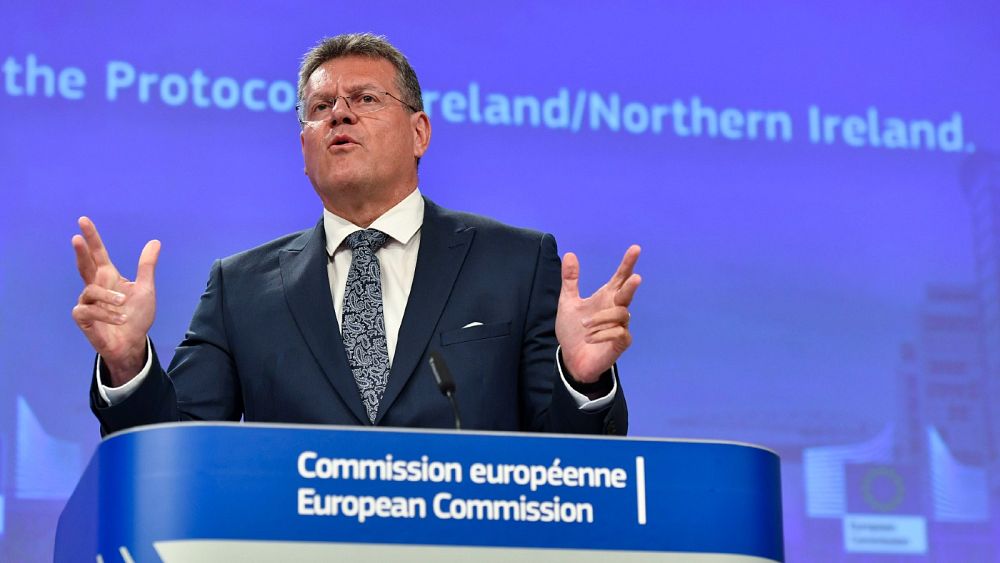 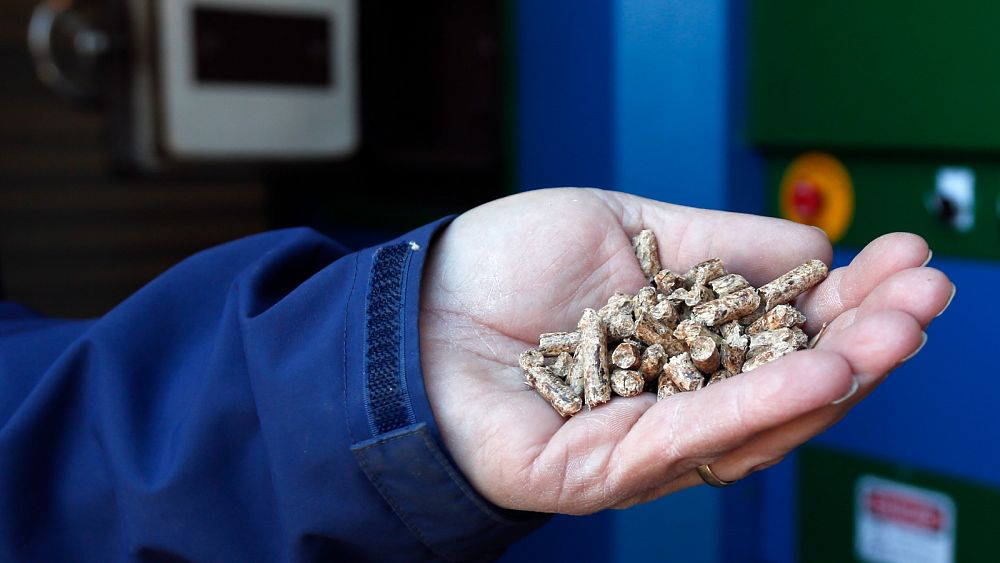 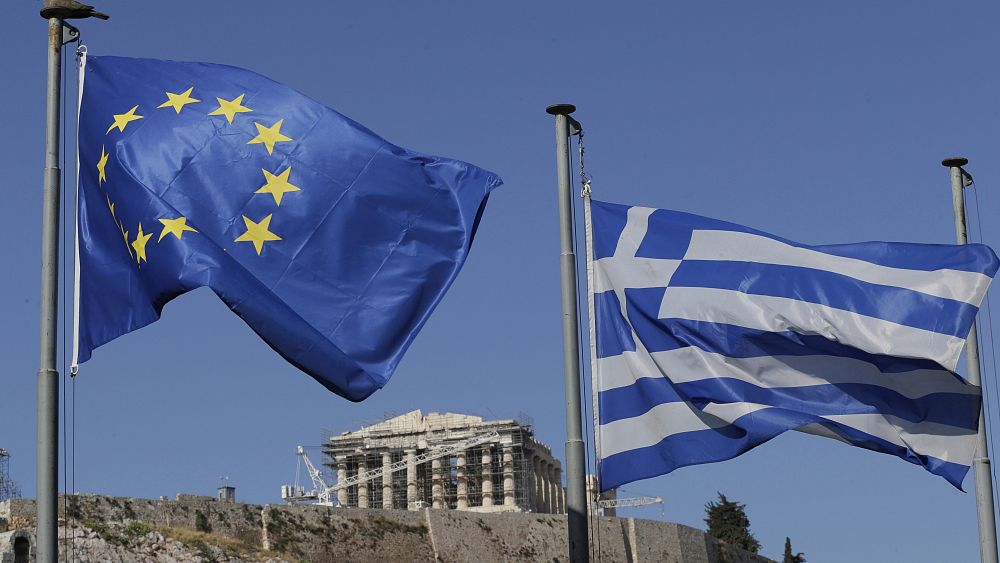