Vladimir Putin is “highly likely” to be planning a move on Ukrainian capital Kyiv, Foreign Secretary Liz Truss has told Sky News – as she warned Russia that “nothing is off the table” when considering further Western sanctions.

The UK, US and EU have announced a raft of fresh sanctions on Russia after Mr Putin’s order to send “peacekeeping” troops into two eastern regions of Ukraine that Moscow has declared as “independent” states.

However, there have been calls for Western powers to go further in sanctioning Russia over its actions against its neighbour.

Government sources have spoken of a “phase two” to UK sanctions against Russia, which could include energy and defence companies and more action against oligarchs and banks.

A roundtable meeting of regulators and financial institutions is due to be held in Downing Street later on Wednesday to look at extra measures.

Meanwhile, Boris Johnson is expected to use Prime Minister’s Questions today to announce more military hardware will be sent to Ukraine.

Ms Truss told Sky News’ Kay Burley that a trigger for more punitive measures against Moscow would be a “full-scale invasion” of Ukraine.

“Regrettably the Russian forces are encircling Ukraine so we don’t know exactly where that would happen,” she said.

“But we will know it when we see it and we will react immediately.”

The foreign secretary warned that Kyiv, a city of nearly three million people, was among Mr Putin’s possible targets for conquest.

“We think it’s highly likely that is in his plans,” she said.

“This is one of the reasons we have advised British citizens to get out while commercial flights are still available, because the situation is extremely concerning.”

Ukrainian President Volodymyr Zelenskyy has ordered the conscription of military reservists aged 18-60 in response to the threat of a Russian incursion.

Ms Truss said that whether Russian troops had crossed into Ukraine was “ambiguous”, after Mr Putin’s order for forces to be sent into the Ukrainian regions of Donetsk and Luhansk.

“We’ve heard from Putin himself that he is sending in troops,” she added. “We don’t yet have the full evidence that that has taken place.”

This contrasts with the assertion by a fellow cabinet minister, Health Secretary Sajid Javid, on Tuesday that a Russian invasion of Ukraine “has begun”.

Conservative MPs are among those demanding tougher sanctions on Russia, as the government faced criticism for not going far enough in the initial measures announced on Tuesday.

Read more:
Who are the three ‘Putin cronies’ hit by UK sanctions?
What will happen if Russia chooses all-out war?

However, Ms Truss defended the UK’s “very serious package” and said the measures would be “inflicting pain” on Mr Putin, his regime and the Russian economy.

“It targets key oligarchs, we’re clear that sovereign debt will not be able to be raised by the Russian government,” the foreign secretary said of the current collection of sanctions.

“It targets key Russian banks that fund the military and fund the activities of the Russian government.

“But we are aligned with our international allies in saying that we will escalate the sanctions, that there will be even more tough sanctions on key oligarchs, on key organisations in Russia, limiting Russia’s access to the financial markets, if there is a full-scale invasion of Ukraine, which I’m afraid to say… we are very much expecting.”

‘Nothing off the table’ for further sanctions

Ms Truss said that “nothing is off the table” when it came to hitting Moscow with further sanctions, as she was asked whether donors to the Conservative Party could be among those targeted.

“We are very clear that nothing is off the table in terms of who we’re targeting, in terms of the access of Russia to British financial institutions,” she told Sky News.

“We are maintaining our alliance with our international allies to make sure that we are targeting those key people who are backing and supporting Putin’s regime… I don’t rule out anything.”

Asked if any Russia-linked money should be handed back by the Tories, Ms Truss said: “All of donations to the Conservative Party are from people on the electoral register in Britain, those donations are properly declared.” 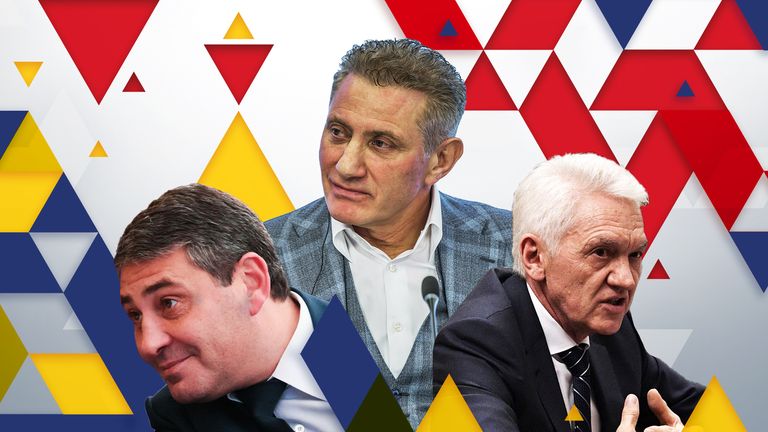 How effective will sanctions be?


The foreign secretary confirmed that Mr Johnson “misspoke” when he told MPs on Tuesday that Chelsea football club owner Roman Abramovich had previously been sanctioned by the UK.

Asked whether the billionaire should have been sanctioned, Ms Truss said: “I’m not going to go into details of what our future sanctions plans are, but nothing is off the table.”

Labour leader Sir Keir Starmer has called for the government’s action against Moscow to include a crackdown on broadcaster Russia Today.

Ms Truss said this was “an independent decision” for regulator Ofcom, but added it was “certainly true” that Russia Today was “spouting propaganda on behalf of the Kremlin”.

“One of the things the Kremlin does is use disinformation to try and sow discord in the West, and Russia Today is clearly part of that,” she said. 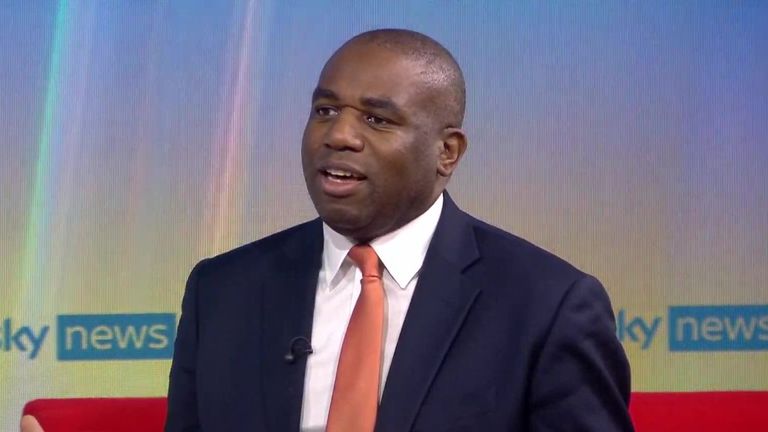 Lammy: Sanctions need to be tougher

Labour’s foreign secretary David Lammy called on the government to go further with sanctions that target associates of Mr Putin.

“What we know is there is dirty Russian money in London,” he told Sky News.

“What we know is that while Vladimir Putin might not care about his own general public, he does care about money and rich people associated with him need to feel a squeeze.”