he Queen had a “remarkable Christian faith” and referred to Jesus as her “anchor and role model”, the Bishop of London has said.

Dame Sarah Mullally outlined the Queen’s dedication to her beliefs during an address at a memorial service held at St Paul’s Cathedral on Friday.

Some 2,000 members of the public attended the 6pm service after securing a limited selection of wristbands, along with Prime Minister Liz Truss.

Speaking to those present, Dame Sarah said: “Her Majesty had a remarkable Christian faith, about which she had increasingly spoken in recent years, referring to Jesus Christ as her anchor and role model.

“Here in this cathedral church on the 3rd of June, we joined to celebrate her Platinum Jubilee. The Archbishop of York spoke of her faith in Jesus Christ as a fountain and a well from which she drew deeply, and by which she was replenished through all the challenges and joys of her life.

“If Christ was her anchor, her husband, the late Prince Philip was, in her own words, Her Majesty’s ‘strength and stay’. Yet even in the depths of her own mourning we saw once again her courage and her instinct for putting the needs of others first.”

Dame Sarah also reflected on the longevity of the Queen’s reign, describing her as a “remarkable constant in the lives of millions”.

“Most of us have not known life without the Queen. When she acceded to the throne, the world and the country were both very different places,” she told the congregation.

“For seven decades, Her Majesty remained a remarkable constant in the lives of millions: a symbol of unity, strength, forbearance and resilience. She has been this nation’s unerring heartbeat through times of progress, joy and celebration, as well as in much darker and more difficult seasons.”

Music played before the service included Solemn Prelude ‘In Memoriam’ from For The Fallen by composer Edward Elgar while hymns sung included All My Hope On God Is Founded and O Thou Who Camest From Above.

Ms Truss gave a bible reading from Romans 14.7-12 and was joined by Lord Mayor Vincent Keaveny.

Ahead of the service, a hundreds-strong queue formed, winding from St Paul’s to beyond the Tube station streets away.

Many people were dressed smartly in black suits and ties while others wore black mourning veils as they waited to take their seat inside the cathedral. 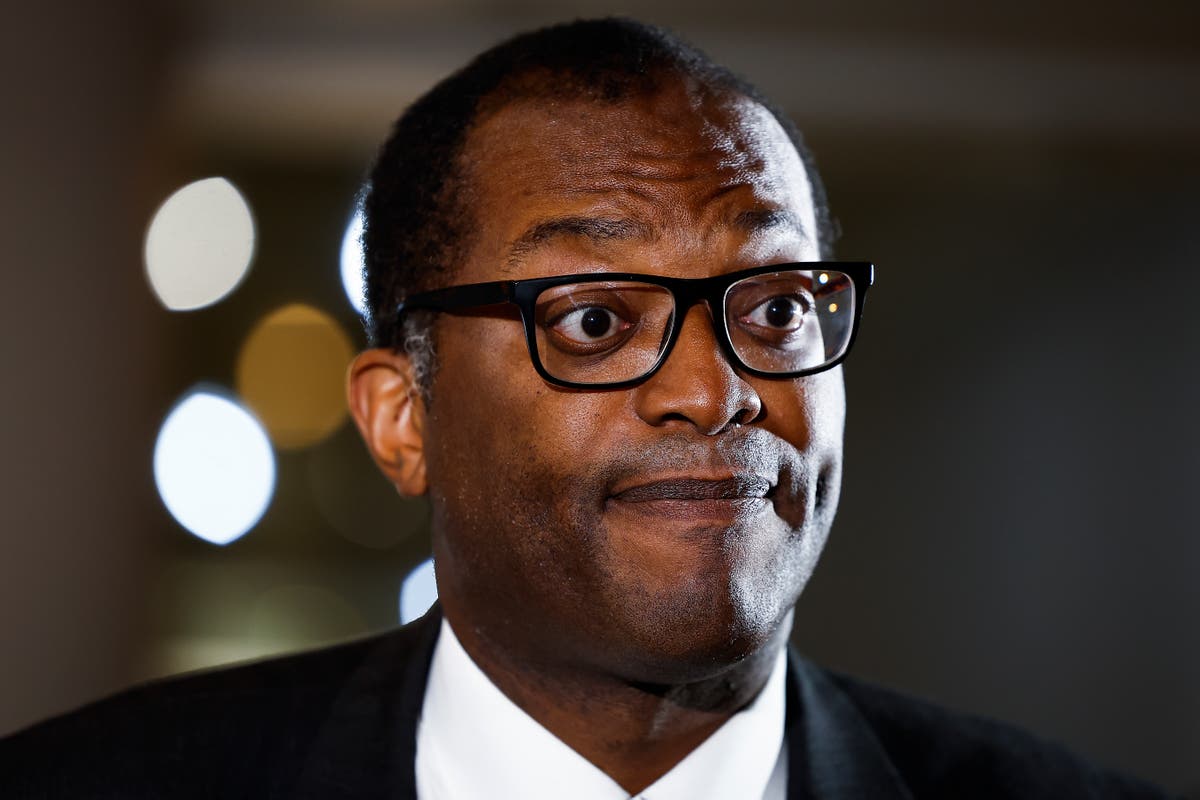