Queen Elizabeth II was leaving London for the last time on Monday after her funeral procession through its streets watched by ten of millions of people in Britain and around the world.

After her State Funeral at Westminster Abbey, the late monarch’s coffin was borne on the State Gun Carriage, for a final journey pulled by Royal Navy ratings to Wellington Arch.

The procession, involving more than 3,000 members of the armed forces and on a scale of pageantry not seen since the funeral of King George VI in 1952, set off from the abbey at around 12.15pm.

In a spectacular display of pomp and circumstance, meticulously planned over decades and for which Britain is famed around the world, the procession moved through Broad Sanctuary Parliament Square (south and east sides), Parliament Street and down Whitehall.

As it moved past the Cenotaph, the King, the Prince of Wales, the Princess Royal and the Earl of Wessex saluted the memorial to Britain and the Commonwealth soldiers killed in the First and Second World Wars.

The procession then turned left into Horse Guards through Horse Guards Arch and onto Horse Guards Road and into The Mall bedecked with pristine Union Flags and where the crowd broke into applause as the coffin passed them and circled round the Queen Victoria Memorial.

Outside Buckingham Palace, where the flag hung at half mast, Royal staff bowed and curtsied as the cortege went by.

Along Constitution Hill it proceeded and then into Apsley Way, before arriving at Wellington Arch shortly before 1.30pm.

The coffin was followed by King Charles, the Princess Royal, the Duke of York, the Earl of Wessex, the Prince of Wales, the Duke of Sussex and other members of the Royal Family.

Gun salutes were being fired every minute from Hyde Park as Big Ben tolled throughout the duration of the procession.

At Wellington Arch, the Queen Consort, the Princess of Wales, Duchess of Sussex and other members of the Royal family were waiting, having made the short journey by car.

There, the coffin was lifted off the gun carriage and placed in the state hearse, which set off for Windsor as the parade gave a royal salute and the national anthem was played.

It was the first road the hearse was driven down on its way to Windsor.

In some places the crowds were 30 people deep.

The crowds cheered as she was driven along the road, with some onlookers throwing flowers.

The King and the Queen Consort, the Prince and Princess of Wales and other members of the royal family departed for Windsor by car.

Earlier, shortly before 11am, the Queen’s coffin had been borne on the State Gun Carriage from Parliament’s Westminster Hall, where she had been lying in state for five days, to the West Gate of the ancient abbey.

It was followed by King Charles III, other members of the royal family, the King’s Household and the Household of the Prince of Wales.

Before the service, the abbey’s tenor bell tolled once per minute for 96 minutes in a nod to the years of the Queen’s life.

Inside the abbey, the Royal Family walked in procession behind the Queen’s coffin as it was carried by a military bearer party.

The King, who had been cheered by crowds on his way from Buckingham Palace to Parliament, and the Queen Consort were immediately behind the coffin, followed by the Princess Royal and Vice Admiral Sir Tim Laurence, the Duke of York, the Earl and Countess of Wessex, and the Prince and Princess of Wales.

Prince George and Princess Charlotte walked with their parents side-by-side in formation, followed by their uncle and aunt the Duke and Duchess of Sussex and other members of the royal family.

The service was led by the Dean of Westminster David Hoyle, and the sermon given by the Archbishop of Canterbury Justin Welby, with a lesson read by Prime Minister Liz Truss.

The King and the Queen Consort sat in the ornate Canada Club chairs, with Camilla next to the Princess Royal, then Vice Admiral Sir Timothy Laurence, then the Duke of York and then the Earl and Countess of Wessex in the front row of the south lantern.

Across the aisle were the Prince of Wales, the Princess of Wales, Prince George and Princess Charlotte, and then Peter Phillips and Zara and Mike Tindall.

Directly behind the King were the Duke of Sussex with the Duchess of Sussex behind Camilla, with Meghan sitting next to Princess Beatrice.

US President Joe Biden was 14 rows back on the south transept behind the Polish leader and in front of the Czech Republic’s.

Ms Truss, who met the Queen at Balmoral just two days before her death, had arrived at the abbey shortly before 10.30am.

Boris Johnson were also present in the abbey.

The Queen’s Piper played Reveille, the National Anthem and a lament to bring the funeral service to a close at around 12pm.

The doors to the abbey had opened at 8am for the 2,000 people who will attend the funeral to start arriving.

Earlier, at around 6.30am, the Queen’s lying-in-state in Parliament’s medieval Westminster Hall had been brought to a close.

The last person who had queued for hours to pay their final respects was Chrissy Heerey, a serving member of the RAF from Melton Mowbray.

“It felt like a real privilege to do that,” she said.

From early on Monday morning, huge crowds lined the streets of central London, down The Mall, around Parliament Square and up Constitution Hill.

All public viewing areas for the funeral procession in the capital were full by just after 9am.

Millions more were at home or in community gatherings around the country to watch the service on the Bank Holiday.

The funeral was broadcast live at around 125 cinemas and several cathedrals in the UK, and on a big screen in Hyde Park and a string of other locations.

More than 10,000 police officers were on duty for an unprecedented security operation for the first state funeral since the one held in 1965 for Winston Churchill, the first of 15 prime ministers during the Queen’s 70-year reign.

King Charles on Sunday thanked the nation for the outpouring of support and warmth his family has received as a touching image of the Queen was released in tribute of his late mother.

A minute’s silence was held at 8pm on Sunday, with Ms Truss standing outside Downing Street, as the nation paused to reflect on the eve of Queen’s burial.

On Monday afternoon, under the carefully arranged plans, the hearse was due to approach Shaw Farm Gate in Albert Road, Windsor, and join the procession, which will have been formed up and in position to step off at 3.10pm.

A committal service will mark the end of public ceremonial arrangements, and will begin at 4pm.

The door of St George’s Chapel will open for the congregation at 3.20pm, with members of the royal family not in the procession arriving for the service at 3.25pm.

The procession, which will have been joined by the King and other family members on the north side of the quadrangle as it passes into Engine Court, will arrive at the West Steps of the chapel in Horseshoe Cloister at 3.53pm.

The bearer party will lift the coffin from the hearse and it will be carried in procession up the steps into St George’s Chapel before the committal service.

The King and members of the royal family will depart from the Galilee Porch for Windsor Castle once the service concludes.

The Dean of Windsor will later conduct a private burial service attended by the King and members of the royal family at 7.30pm.

The Queen, who died on September 8 at the age of 96, will be buried at King George VI Memorial Chapel, and will rest alongside the Duke of Edinburgh. 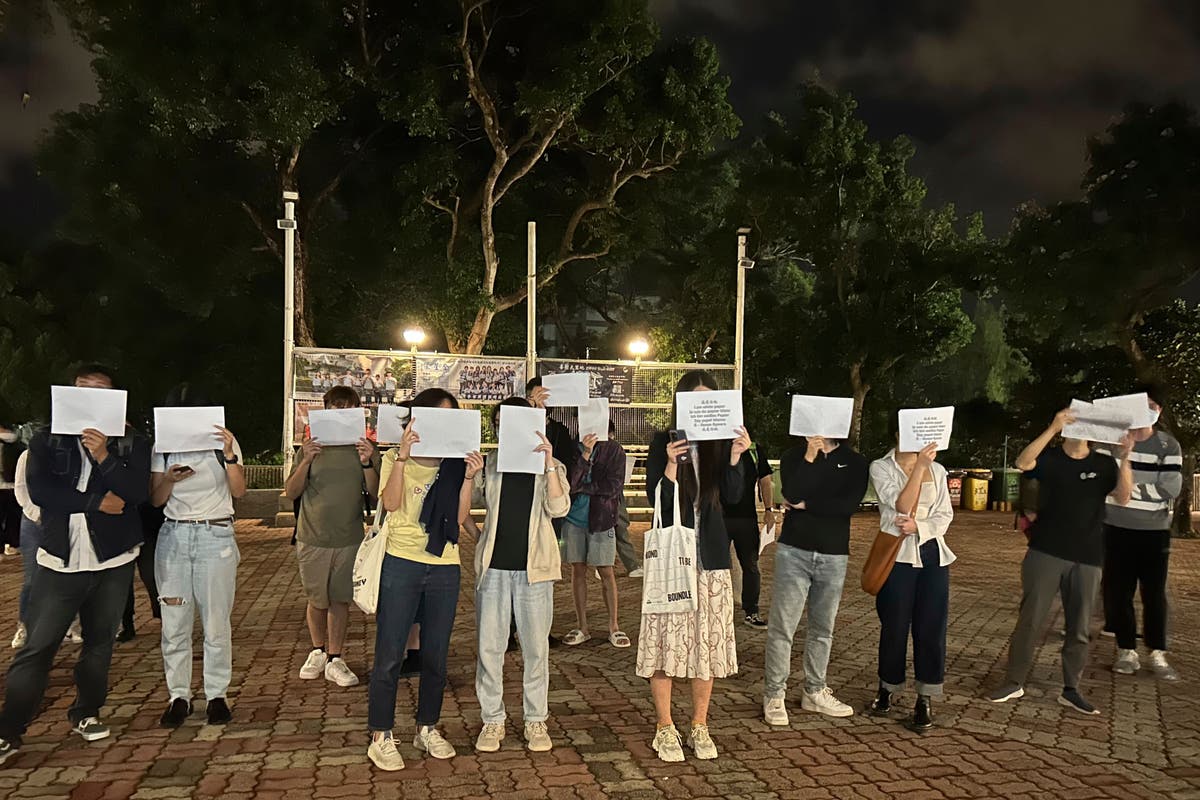 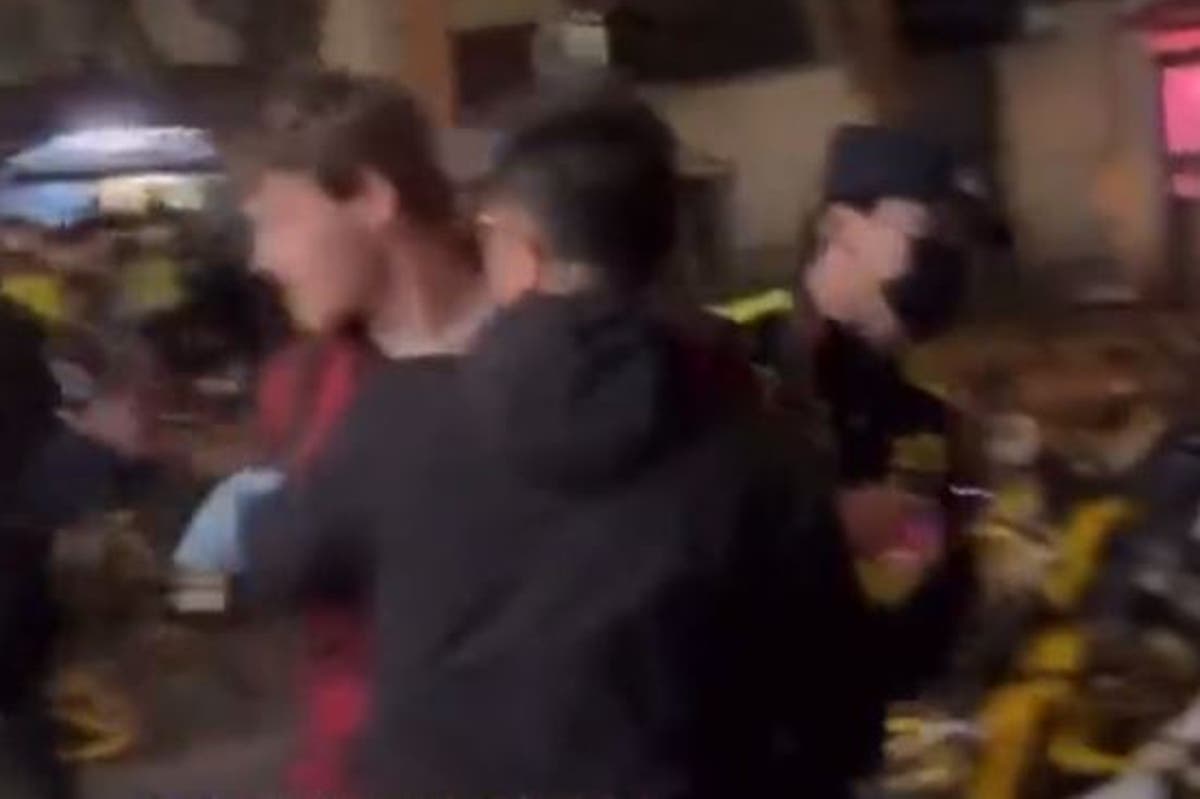