Steelrising is an action RPG set in an alternate version of 1789 Paris and was initially revealed in June 2020. While information about the upcoming game was sparse, more information has finally come to light, and the game will be released later this year.

Players can now see the gameplay, know the release date, and what platforms the title will be available on.

What is known about the upcoming game Steelrising? Fortunately, there’s a bit more available compared to last June.

Nacon is publishing the game with Spiders Studio, and the action RPG called Steelrising will be released on September 8, 2022, for the PlayStation 5, Xbox Series X|S, and Microsoft Windows (Steam).

That means fans won’t have to wait too long to play this alternate historical action RPG set in Paris, France. The main character is Aegis and uses a wide variety of weapons, such as a sword and gun. They also have an awesome-looking shield. It can be used to deflect incoming attacks and will no doubt be essential. 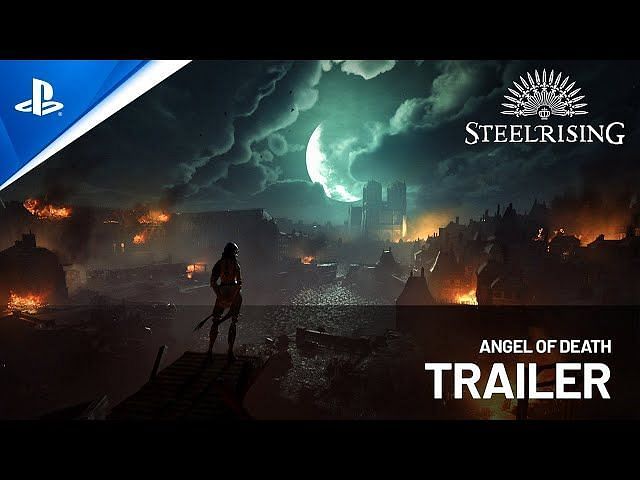 Spiders and Nacon have revealed five minutes of gameplay, and the game looks gorgeous so far. The game appears to be Soulslike, where the player has to carefully fight off the various enemies in Paris and grow stronger in the process.

The combat is intense, and each enemy seems to have essential attacks to dodge or deflect.

As far as the story of Steelrising goes, it’s set in Paris, 1789. The city is overrun by terror, and the French Revolution failed. Louis XVI suppressed the peasant uprising with an army of mechanic soldiers he had created.

In this alternate version of history, Aegis, a piece of engineering masterwork, will battle with King Louis’ automatons and try to change the course of history. Aegis was created by Vaucanson, who works for the Clockwork King. Aegis has various skills to put into play, all to overthrow King Louis XVI and set the people of Paris, France, free from tyranny once and for all.

Each fight promises to challenge the player, forcing them to think about how they will approach the encounters, much in the same way a Souls game would. Visually it’s very striking, and the notion of fighting through the alternate-history-Paris as a setting for a Soulslike is intriguing.

For now, fans will have to wait a bit longer since the game drops on September 8, 2022, when Steelrising drops for PlayStation 5, Xbox Series X|S, and Windows PCs.

If Netflix is stumbling will Wall Street renew or cancel? | Netflix