Rio Ferdinand has launched a staunch defence of Mauricio Pochettino and believes he is not to blame for Paris Saint-Germain‘s latest exit from the Champions League.

A stunning 17-minute second-half hat-trick from Karim Benzema saw Real Madrid overturn a 1-0 deficit from the first leg to qualify for the last eight of the competition at the French giants’ expense.

It means PSG’s quest for a maiden Champions League title will go on for at least another season, with their appearance in the 2020 final against eventual winners Bayern Munich still their best finish.

Mauricio Pochettino is not to blame for PSG’s latest exit from the Champions League, according to Rio Ferdinand 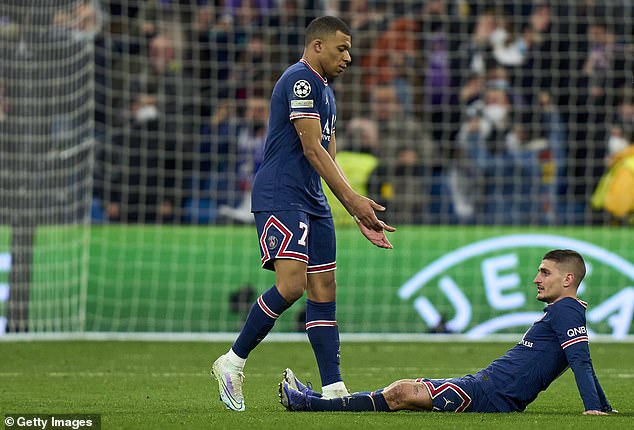 Pochettino however is facing the sack following their implosion at the Santiago Bernabeu, with Le Parisien reporting he and sporting director Leonardo will both pay the price for the defeat.

This week however marked the five-year anniversary of PSG losing 6-1 to Barcelona having led 4-0 from the first leg under Unai Emery, just one of the examples under previous managers of the French giants capitulating in Europe.

And ex-United centre-back Ferdinand therefore believes Pochettino cannot be blamed given their recent history in the competition.

Asked whether criticism of the former Tottenham boss was fair, 2008 Champions League winner Ferdinand told BT Sport: ‘I don’t think so given the history at PSG. 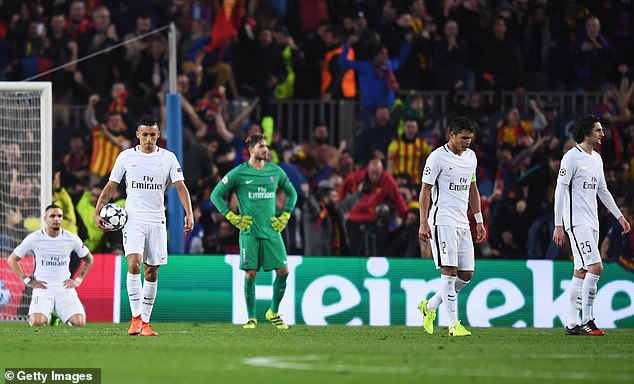 ‘Many managers have been there now and won the league and failed in the Champions League.

‘We saw today how the team folded, and this isn’t just a one season episode, this is something that continually happens every single year where you go, ”do you know what, PSG with the talent they’ve got, especially in attacking areas, with the experience that they’ve got, an array of international big players they’ve got, they’re gonna have a chance of winning it”.

‘And they fall at the quarter-final, semi-final hurdles, they’ve lost in the final. This is something that just happens. [It is a] dysfunctional team, I think that sums it up quite well about the way that they play.

‘So I don’t think you can really point the finger too much at Pochettino when this has happened season after season.’ 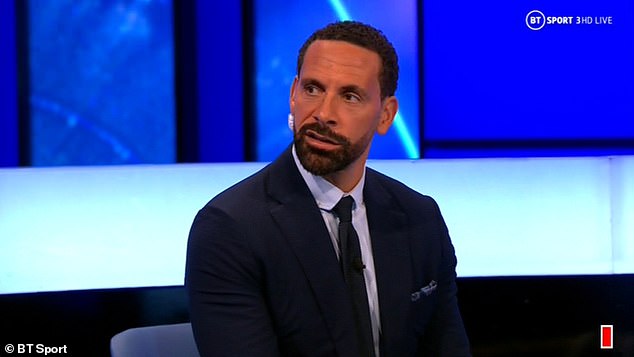 Ferdinand also insisted PSG are hamstrung by the fact they are ‘carrying’ attacking trio Kylian Mbappe, Neymar and Lionel Messi, while ‘massive egos’ have also played their part in ensuring they come up short on the continent.

‘I think it’s up to the manager to create that culture (where they don’t panic),’ Ferdinand added. ‘But also this team, there have been massive egos, which is part of managing big clubs, and there are players that are genuine superstars.

‘You’ve got Mbappe, you’ve got Neymar, you’ve got Messi now in this team playing upfront. And each of those players are players that you would probably allow as a one-off in your team to be a passenger and you all work for that player.

‘To have three of them, makes it near on impossible to do it at the top level. You can do it and get away with it in the French league like they do every year, they win the league. 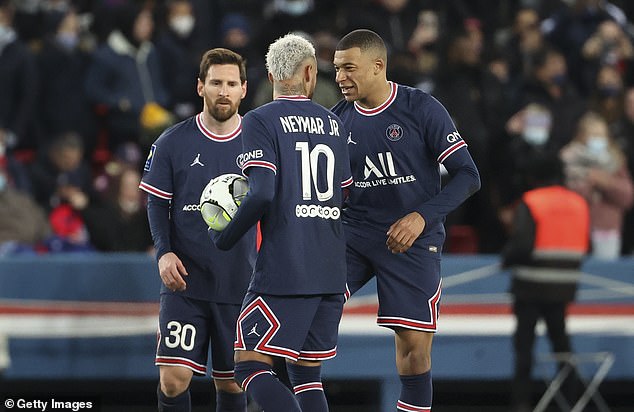 Ferdinand also believes PSG are being hindered by having to ‘carry’ Lionel Messi (left), Neymar (centre) and Kylian Mbappe (right)

‘But at this level, to carry three players that aren’t gonna be able to work to the intensity that you probably need to win a tournament like the Champions League is very, very, very difficult.’

‘If you’ve got the same things happening every year, and it’s a different manager every year, then I find it hard to say that manager’s [not good enough],’ Owen said. 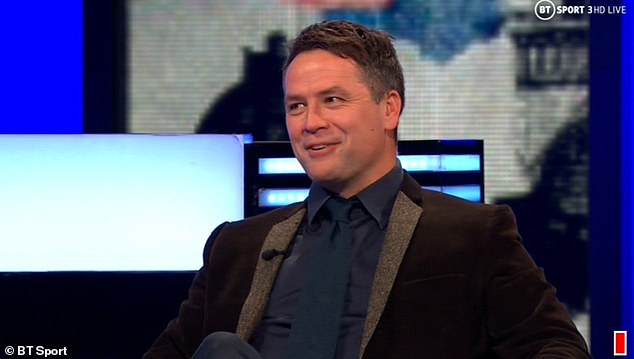 ‘That team is like that. I’ve stood on here a couple of weeks ago and said Paris Saint-Germain will not win the Champions League, because they’re soft and they always have been soft, for five, six, seven years.

‘People get carried away and say, ”look at all those players, they’re gonna win the Champions League”. It’s virtually impossible to do it.

‘Real Madrid proved that years and years ago, get all the best players in the world and you think you’re gonna win it. It doesn’t happen like that, it’s much more about team work.’