THE moment millions of drivers have been dreading for weeks happened yesterday. Diesel hit £2 a litre.

We are not talking about at a forecourt in well-heeled Chelsea — this was at a ­filling station on the A2 in East Kent.

And at pumps the length and breadth of the country, the price of a litre is hovering at a fraction below two quid.

While the war in Ukraine may be partly to blame for increasing the price of crude oil, some of the forecourt prices we are seeing could arguably be described as examples of highway robbery worthy of Dick Turpin.

Fuel prices are fast becoming unaffordable for motorists, especially those who depend on their cars.

The last time the cost of petrol became unaffordable, more than a decade ago, workers slept in car parks because they could not afford to drive home. 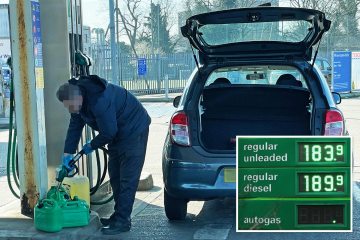 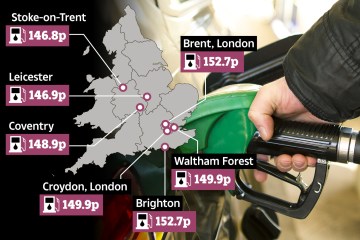 One mum has told me how she is considering home- tutoring her children because the family can no longer afford to take them to school.

These are people who are already struggling with the rocketing cost of living — including dramatic rises in the prices of electricity and gas.

The average family is paying £16 more to fill up their tank than a year ago, and in rural areas with traditionally higher pump prices they are having to find £20 extra.

The impact of rising fuel prices on the cost of distribution and transport logistics is also crippling.

Hauliers are forking out £120 more to fill up than in February 2021, while for white-van men and women it is £25 more every time they fill up. The rising price of fuel also affects bus prices.

These costs feed into inflation, as food prices and other essentials go up because of the rise at the pumps.

All of us worry about the ever-higher energy bills and I welcome the Chancellor’s £9billion of help in the form of council tax rebates and energy subsidies, including expanding the warm homes discount.

But alongside the work the Government is doing on domestic energy bills, they need to look at assisting motorists.

Chancellor Rishi Sunak should do this by lowering fuel duty or VAT in the Budget on March 23.

For more than 11 years, the Conservative Government has frozen fuel duty, saving motorists an extra £15 in taxes every time they fill up at the pumps.

This Sun-backed fuel duty freeze followed the never-ending rise of Gordon Brown’s fuel duty escalator — and the petrol blockade in 2000, because of high petrol and diesel costs, during Tony Blair’s premiership.

From George Osborne, to Philip Hammond and Rishi Sunak, all Conservative Chancellors have understood the damage that overly high fuel duty does to the economy.

It affects not just motorists and businesses but vital public services such as the NHS and policing. Now is the time to cut fuel taxes.

The Chancellor could either cut fuel duty from its current level of 57.95 pence a litre, or reduce VAT. Tax and VAT now make up 54 per cent of the price of every litre.

The latest rise in fuel prices has brought in an extra £2billion for the Treasury so there is money available for a tax cut.

Some in Government are saying that people won’t blame the Tories for the rising price of fuel.

But they will be outraged if the Government does nothing to help.

This weekend thousands of supporters of campaign group FairFuelUK are writing to MPs demanding an immediate cut in taxes on petrol and diesel.

The group is also calling for ministers to establish a Pumpwatch monitor.

This would protect motorists from the rapaciousness of big oil companies who we have seen jack up the price “rocket style” when the oil price goes up internationally — and take a “feather approach” when the global oil price falls.

According to the RAC Foundation and FairFuelUK’s national panel, average profit margins for diesel have increased by 150 per cent in the last two years, with petrol margins at the pumps more than doubling.

There are watchdog bodies to protect the consumer from unfair practices, from OFGEM to OFCOM. So why not PUMPWATCH?