Around 55 million people worldwide are living with dementia and The World Health Organization estimates, “As the proportion of older people in the population is increasing in nearly every country, this number is expected to rise to 78 million in 2030 and 139 million in 2050.” Although dementia—a syndrome that causes a deterioration in cognitive function, mainly affects the older community, people as young as 30 have been diagnosed with early onset dementia.Chaye McIntosh, Clinical Director at ChoicePoint tells Eat This, Not That! Health, “The earliest signs of dementia are very subtle and vary from person to person. The warning signs are loss of memory, feeling disoriented, difficulty performing everyday tasks and trouble speaking.” Much still needs to be learned about dementia, but so far experts know the main causes and Dr. Paul Poulakos, MD, board-certified Psychiatrist explains to ETNT Health the five common ways people get the disorder. Read on—and to ensure your health and the health of others, don’t miss these Sure Signs You’ve Already Had COVID.

Dr. Poulakos states, “As a person ages, their risk of developing dementia increases exponentially. The risk doubles every five years after age 65. There are age-related brain changes that we are learning more about that play a role in dementia. These changes may include neuronal damage and other cell damage. Changes seen with aging include atrophy (shrinking) of certain parts of the brain, inflammation, and the development of damaging free radicals.”6254a4d1642c605c54bf1cab17d50f1e

According to Dr. Poulakos, “A family history of dementia increases one’s risk 2-3 times. This is because there is a genetic component to the disease. For example, early-onset Alzheimer disease (a type of dementia) is associated with a particular genetic mutation that is inherited and passed down from one’s parents. Individuals with Down Syndrome have an increased risk of developing Alzheimer disease and the onset is typically earlier than is seen in others who develop the condition.”

Dr. Poulakos explains, “Repeated head trauma including concussions that are seen in football players, boxers, and soldiers increase the risk of developing dementia. This may be due to a combination of cell damage and inflammation that occurs following the trauma.” 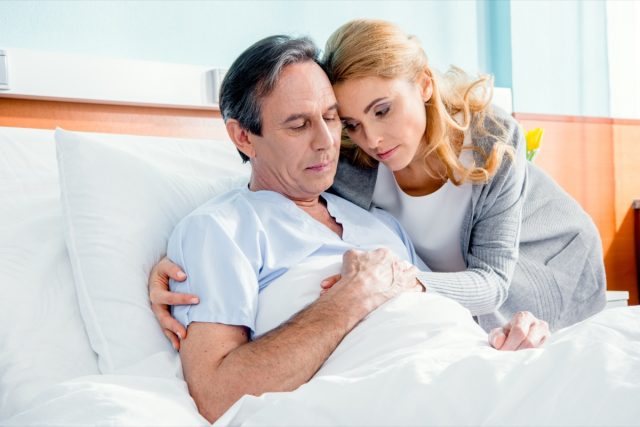 Dr. Poulakos states, “Certain infections are associated with an increased risk of dementia. For example, HIV infection can infiltrate the brain, causing direct infection of the brain and central nervous system.”

RELATED: The #1 Habit That Leads to a Bad Back, Say Physicians

Lifestyle choices can also increase the risk of getting dementia like smoking, poor diet, lack of exercise and social isolation, according to experts. A spokesperson for Trinity Homecare tells us, “What’s good for your heart is ultimately good for your brain,” and offered the following tips for helping prevent dementia: