A MAN’S tongue mysteriously turned black with hair after he suffered a stroke.

Stroke is known to cause a number of potentially life-changing long-lasting effects – but a furry tongue is a little bizarre.

According to a report in JAMA Dermatology, the unnamed man from India had suffered paralysis of the left side of his body after the stroke.

It made it difficult for the 50-something to eat, therefore, doctors put him on an all-liquid diet.

After several months, he went to dermatologists desperate for answers, as his tongue had become coated in a black furry substance.

The thick hair gunk was streaked with yellow, a team at the Medical Trust Hospital in Cochin, Kerala, described.

They diagnosed him with “black hairy tongue“, known medically as lingua villosa nigra.

The condition occurs when the tiny bumps on the surface of the tongue, called the papillae, become clogged with bacteria. 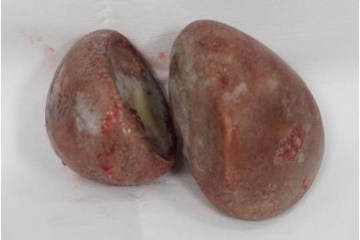 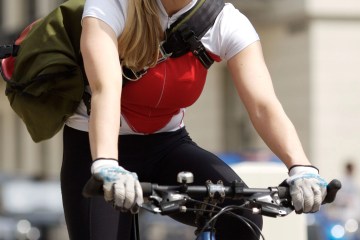 Papillae contain tastebuds and create the strawberry like appearance over your tongue.

Papillae usually shed, like the skin, in a process called desquamation, according to the Cleveland Clinic. They stay around 1mm in length.

But if there is no abrasion to the tongue – from food or cleaning the tongue with a toothbrush – the small nodules can keep growing and become unusually long.

They can reach a length of 18mm, the doctors said.

Bacteria and yeasts then overgrow and cause discoloration, leading to the appearance of hair-like structures.

It’s thought that the overlong papillae produce keratins, the same proteins found in hair, which contribute the familiar hairlike appearance, the authors noted.

The tongue can end up dyed colours such as black, white and yellow.

The yellowing seen in this patient’s case was likely a result of trapped food scattered throughout the “hairs”, doctors said.

Although it is not harmful, the condition is unsightly and linked to poor oral health.

It can also be caused by smoking, drinking alcohol, cocaine use, coffee, dehydration and some medications, including antibiotics.

And it’s found more frequently in people who have difficulty eating, or are on a pureed diet.

The Stroke Association says it is important for people who have had a stroke to keep on top of their oral hygiene to reduce more complications after a stroke.

For example, looking after the mouth and teeth reduces problems for those whose stroke has left them unable to swallow properly.

Black hairy tongue is unusual in people under the age of 40.

But it is surprisingly common, affecting around 13 per cent of people at some point in their life, the American Academy of Oral Medicine states.

The man’s fluffy tastebuds were easily treatable with some simple oral hygiene practices.

Doctors said: “The patient and caregivers were given advice regarding proper cleansing measures, and the discoloration resolved after 20 days.”

More commonly known side effects of stroke include difficulty swallowing, speaking and reading, and tiredness.