Helen Mirren has said she’s ‘heartbroken’ by the death of her stepson, director Rio Hackford, as she revealed he died from a ‘rare and very aggressive’ cancer.

In a joint statement with her husband Taylor Hackford, the actress, 76, paid tribute to Rio for ‘showing them how to live in generosity and community.’

Rio died on Thursday at the age of 51 after battling uveal melanoma, a form of cancer, and most recently had roles in American Crime Story and The Mandalorian.

Sad: Helen Mirren, 76, has revealed she’s ‘heartbroken’ by the death of her stepson, director Rio Hackford, after he passed away following a battle with cancer (pictured in 2016)

Helen and Taylor said: ‘Helen and I are both inspired by the life of our son and stepson, Rio Hackford, and heartbroken by his loss. His life showed us how to live in generosity and community.

‘He shared his life’s journey with so many who now mourn him, and at the same time, celebrate their fortune in knowing him.

‘Rio died of uveal melanoma, a very aggressive and rare form of cancer. We would beg everyone reading this to get their eyes tested at least once a year which might save their loved ones from this cancer.’ 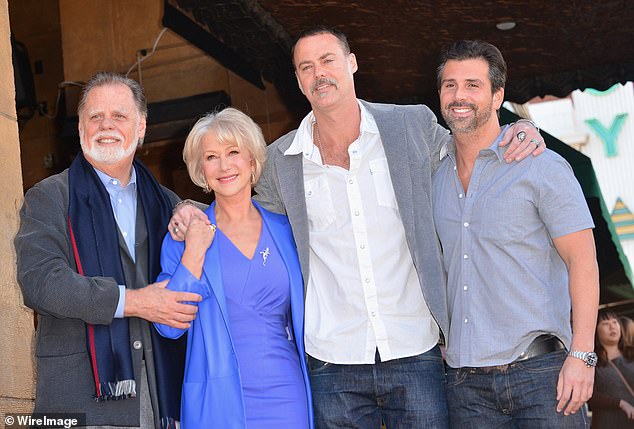 Touching: In a joint statement with her husband Taylor Hackford, the actress paid tribute to Rio for ‘showing them how to live in generosity and community’ (pictured in 2013)

What is uveal melanoma?

Uveal melanoma is a rare malignant for of cancer, that can develop from cells  called melanocytes.

The disease is most common among over-50s.

It develops from pigment-producing cells called melanocytes found in the uvea – the middle layer of tissue in the eyeball.

Scientists have no idea what causes the disease, although sun exposure has been ruled out.

Symptoms can include visual disturbances, such as flashing lights or blurry sight.

Tumours can typically be found during a routine eye test, though symptoms can also include flashing lights, blurred vision or a shadow in one eye.

Treatment can involve having the entire eyeball removed, if the tumour has grown too big.

Melanoma can spread to other parts of the body, particularly the liver, if left untreated, and can be fatal.

On Instagram Helen also shared a tribute to her stepson, posting an image of Rio with the caption: ‘El Rio.’

Rio’s brother, Alex, revealed on Monday that his sibling had passed away, and the actor’s family also shared some tributes from fellow star.

Vince Vaughn said: ‘As loyal and funny as anyone could be. Rio was the best ever. Truly one of a kind.’

‘He knew these things because of his charm, wit, honesty, character & tough personality. He was a real man in a sea of Poseurs.’

Screenwriter D.V. DeVincentis paid a lengthy tribute to the ‘Treme’ star on Instagram.

He said of his friend: ‘Life is experience. Time and sensation folding together, framing each other. Rio was more attuned to experience than anyone I’ve ever known.

‘He would put an experience for you on the stereo, then start it over and play it again for you because we were talking over it the first time and ‘Pal, you really have to listen to it.’ 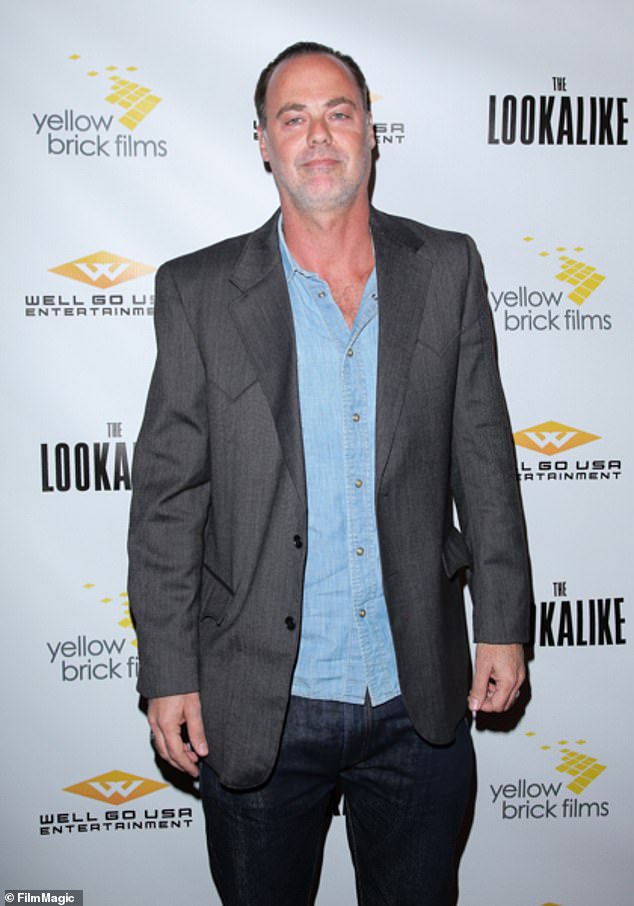 RIP: Rio died on Thursday at the age of 51 after battling uveal melanoma, a form of cancer, and most recently had roles in American Crime Story and The Mandalorian (pictured in 2014) 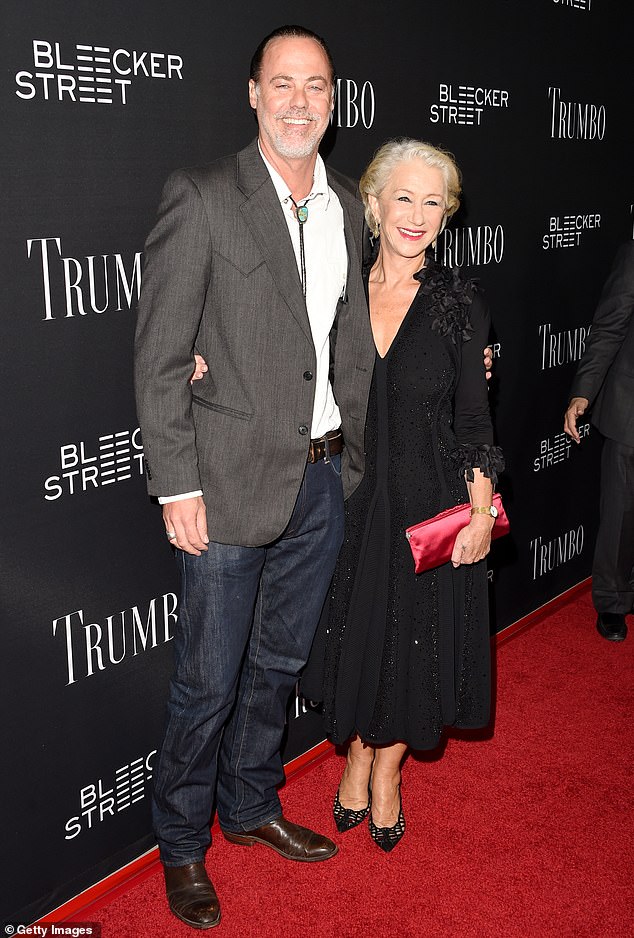 Important: Helen and Taylor also urged others to get their eyes checked regularly at the optician after Rio following a battle with a form of eye cancer (pictured in 2015) 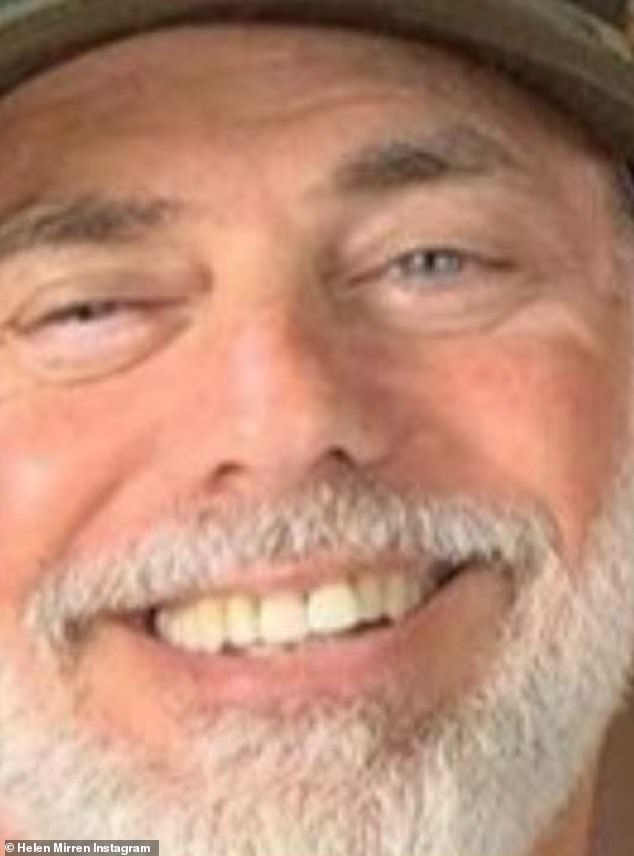 Remembered: On Instagram Helen also shared a tribute to her stepson, posting an image of Rio with the caption: ‘El Rio’

‘Not simply obsessed with movies and how they mirrored and compelled, he was something more: a superfan of enumerable scenes, of particular gestures of unsung actors, weird career turns, roaring comebacks, cinema swan songs — all real experiences for you, when beheld consciously.

‘During phone calls from one traveling cell phone to another, he would keep track of where you were and let you know what incredible meal or bar was in your vicinity, a gourmand GPS thrumming at all times, for you. And those long long calls went by so quickly, his gift of gab so paradoxical as set in his Gary Cooper laconic mien. Worthy experience isn’t everywhere.

‘But Rio knew the closest to you at any given moment, and keeping track of these precious possibilities for you was his most fluent language of love. Rio was the apex curator of experience, it was his oxygen, his life.’

Rio was the oldest child of director Taylor Hackford and his first wife Georgie Lowres, who were married from 1967 to 1972.

He started his acting career with an uncredited role as a ‘street junkie’ in the 1990 classic Pretty Woman.

He also had roles in Blood In, Blood Out, Exit to Eden, Double Dragon, Safe and Strange Days, before landing Skully in the 1996 indie classic Swingers. 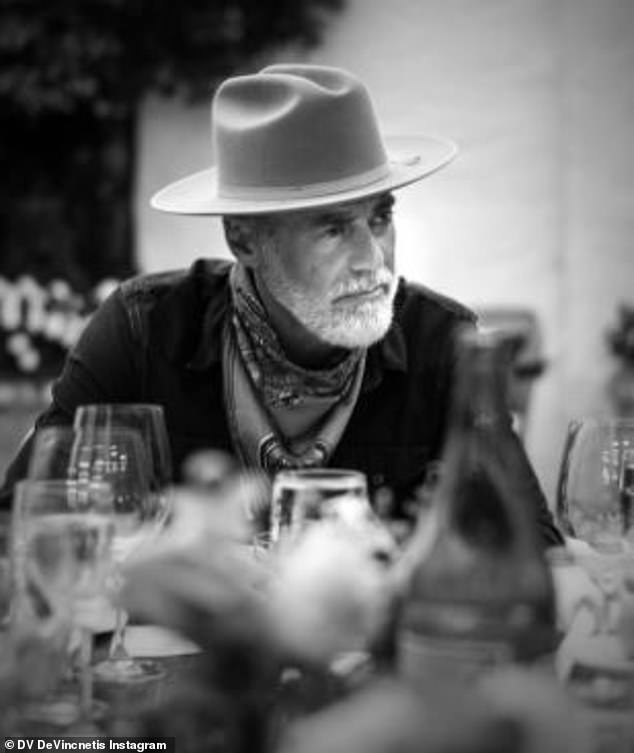 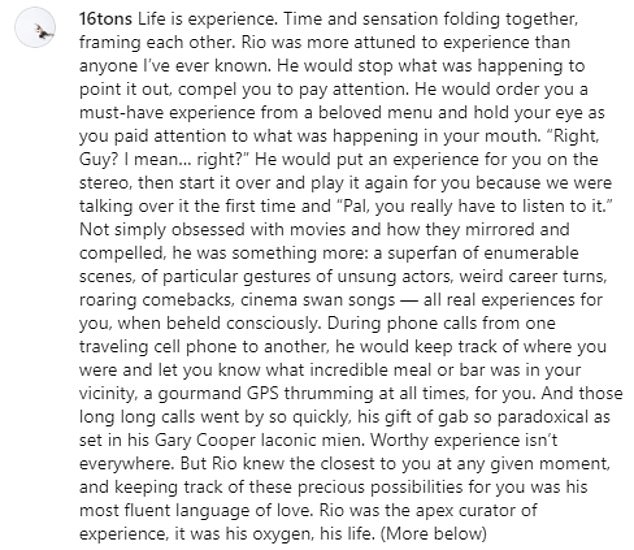 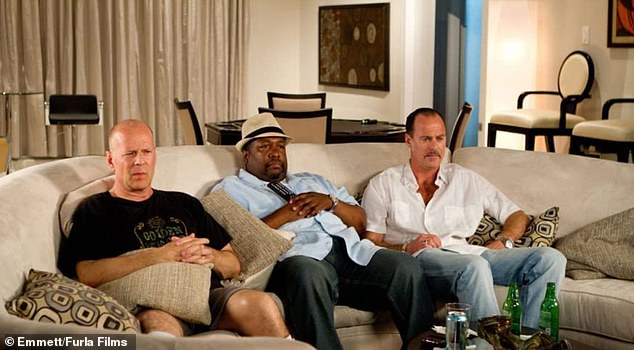 Screen star: Rio appeared in a slew of films and TV series, including the 2012 film Lay the Favorite alongside Bruce Willis

His character Skully literally runs into Sue (Patrick Van Horn), which nearly starts a fight before Sue pulls a gun on Skully and his crew.

Skully is later seen playing video games with Trent (Vince Vaughn), as Sue reveals that they apologized and became friends.

Most recently Rio had roles in American Crime Story and The Mandalorian, playing the on-set performer of droid IG-11, who was voiced by Taiki Waititi.

His last role was of a manager in the Hulu series Pam & Tommy.

He also owned a number of clubs and bars including  Pal’s Lounge, Matador and One-Eyed Jacks in New Orleans, Homestead in San Francisco and the Monty bar in Los Angeles.

Screen star: Most recently Rio had roles in American Crime Story and The Mandalorian (pictured), playing the on-set performer of droid IG-11, who was voiced by Taiki Waititi.

Where To Pre-Order Xenoblade Chronicles 3 On Switch