Footage has emerged online from inside the tunnel at Eintracht Frankfurt’s Deutsche Bank Park showing the England international sidling up to the official and hammering his performance.

West Ham suffered an early blow in the semi-final second leg when Aaron Cresswell was sent off, for a foul which Spanish ref Manzano had initially awarded only a yellow card before VAR intervened.

Manzano can be heard replying “no” and “come on” as he shrugs off Rice and makes his way into the changing rooms. It is unclear if the footage, released by FoxSportsMX, was recorded at half-time or full-time of Thursday’s game.

Rice later told BT Sport: “The sending off was probably a sending off but some of the other decisions were poor tonight.

“The ref seemed to make every decision go for them. When you have someone against you, you can’t do much.”

The Hammers’ wait for a major trophy goes on but they can still qualify for Europe next season if they can finish strongly in the Premier League.

However, boss David Moyes faces a potential Uefa charge after being dismissed for kicking a ball at a ball boy.

What is the ‘Beergate’ scandal as Keir Starmer ‘to be investigated’?

Daniel Kaluuya to narrate Arsenal’s ‘All or Nothing’ documentary 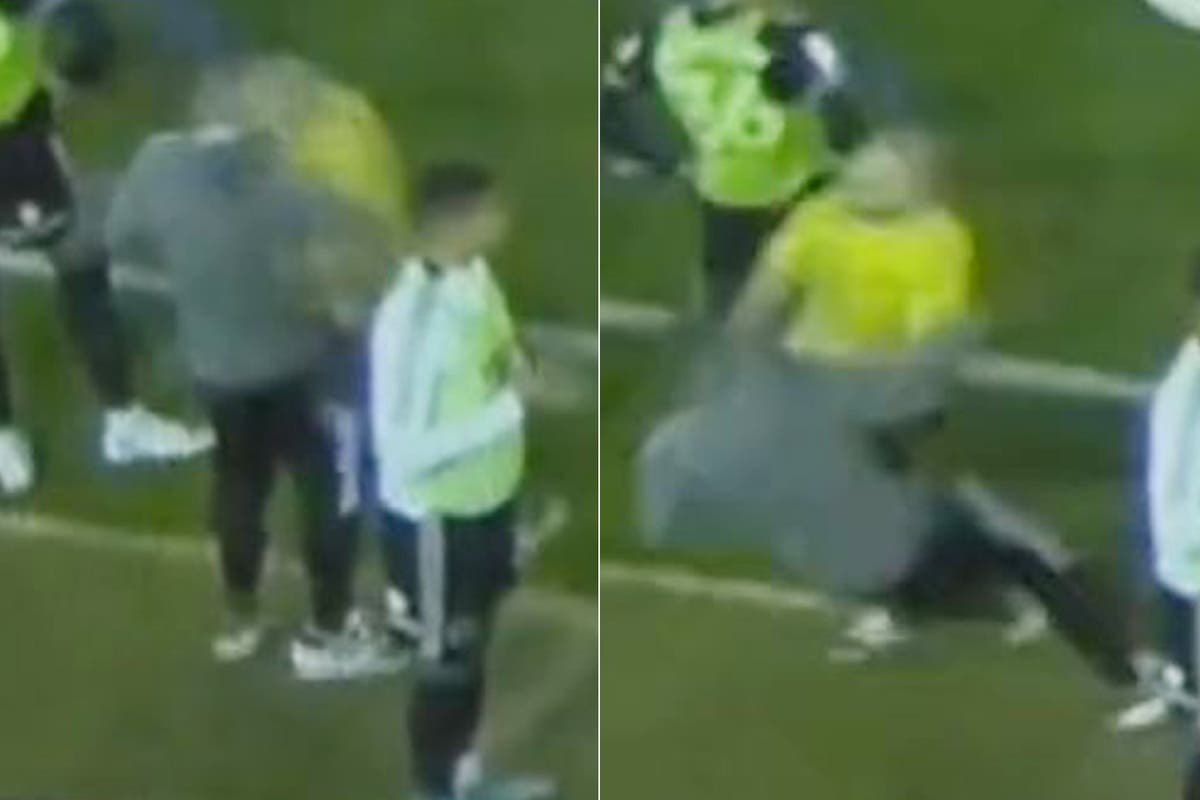