‘I had my tail between my legs!’: Danny Dyer mortified as he recalls moment bailiffs sent demands after he forgot to pay £109 petrol bill at garage

By Owen Tonks For Mailonline

Danny Dyer was mortified after learning he’d driven off from a petrol station and failed to pay the £109 bill.

The EastEnders actor, 44 – who announced he is leaving his role as Queen Vic landlord Mick Carter in January – received a letter in the post from bailiffs telling him he’d filled up the tank but was clocked leaving the forecourt on the security system without paying.

Danny said on his Sorted with the Dyers podcast he stormed to the services, where he is a regular, and demanded to know had happened, before realising he’d left without paying the full bill after getting distracted by the ‘fan’ cashier.

Blunder: Danny Dyer, 44, was mortified after learning he’d driven off from a petrol station and failed to pay the £109 bill

He explained: ‘I received a letter in the post and it was from a bailiff company saying they were going to come round and start taking things from my house because I haven’t paid my petrol bill.

‘I thought, “Oh hold on a minute what do you mean?” Apparently I drove onto a petrol forecourt and I filled my car up and then said I haven’t got the money to pay for it.’

Ridiculing the notion, he added: ‘I’m lucky, I’ve got readies – there’s no way in the world I would do that.’ 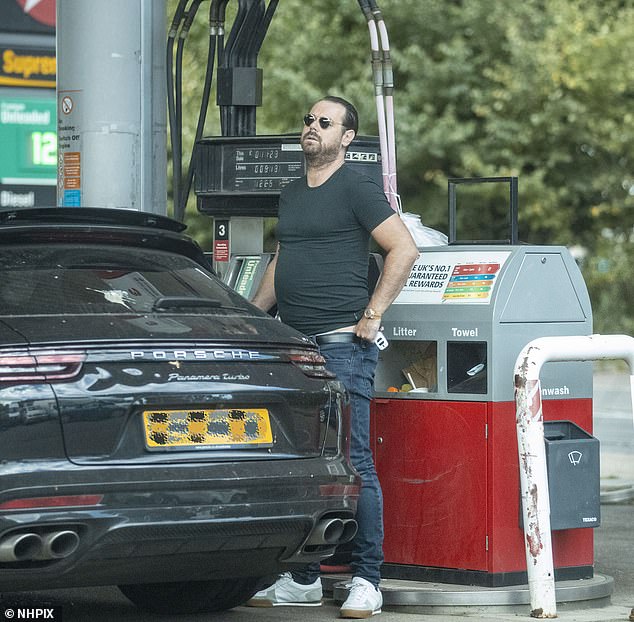 Mishap: The actor received a letter in the post from bailiffs telling him he’d filled up the tank but was clocked leaving the forecourt on the security system without paying (pictured 2020)

Puzzled, he pondered that someone may have been impersonating him, and he called the bailiff firm and the police’s fraud department before heading to the petrol station himself to try and find out more.

He said: ‘I took the letter – queued up in the petrol garage. Interestingly, the Old Bill walked in. There was a copper in there.

‘I said, “I’m glad you’re here because someone’s been pretending to be me and I want to find out what’s going on.”‘ 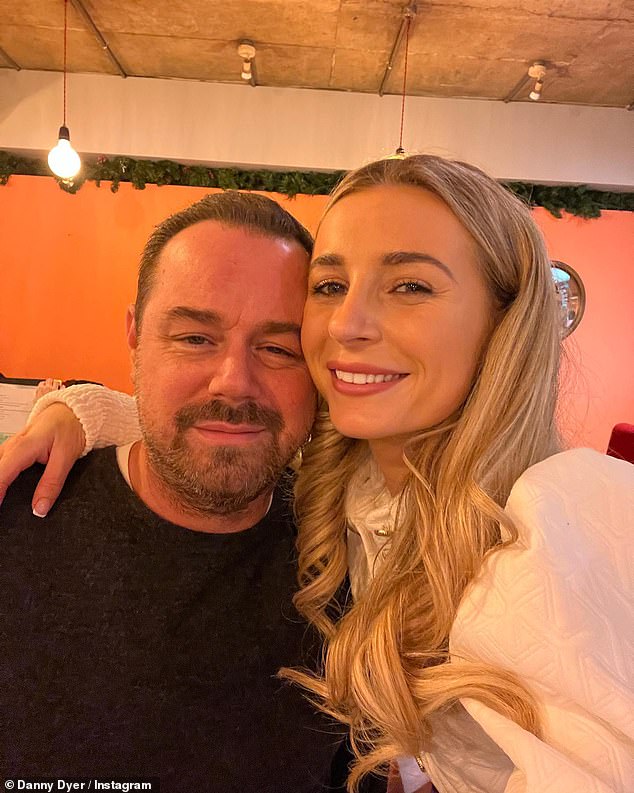 Honest: Danny made the admission on his Sorted with the Dyers podcast which he records with his Love Island star daughter Dani Dyer, 25

Danny, who records his podcast with his Love Island star daughter Dani Dyer, 25, added: ‘I went up and said, “Where’s the manager, what the f**king hell is this? Listen I come in here often, I can’t believe you’re accusing me of not paying my petrol.”

‘She said, “One second” and went to the back. I was standing there f**king fuming.

‘She comes out with pictures of me filling up my car on the exact date. She then pulled out a receipt and showed me everything I’d bought that day other than the petrol. It was me, ladies and gentlemen.’

Danny said the man who served him at the checkout did not ask if he had any fuel to pay for that day.

He continued: ‘What happened is there’s a cashier in there, who’s a bit of a fan of mine.

‘That day I bought myself a spaghetti bolognese to microwave at work, some fizzy sweets and a chocolate orange roll. I had a little shopping bag with me.’

‘Now I didn’t sign this declaration form because I didn’t have to – but when they send it to the bailiffs they treat it in that way that I promised to pay.

‘They know who I am and I go in there often. They’re not saying I’m a wrong’un. They’re saying he’ll probably be back.’

He added: ‘I paid for it, I cleared it all up. I walked out of that f**king petrol garage with my tail between my legs clutching that letter.

‘I don’t think I’ll be going back which is a shame as it’s a good petrol garage.’ 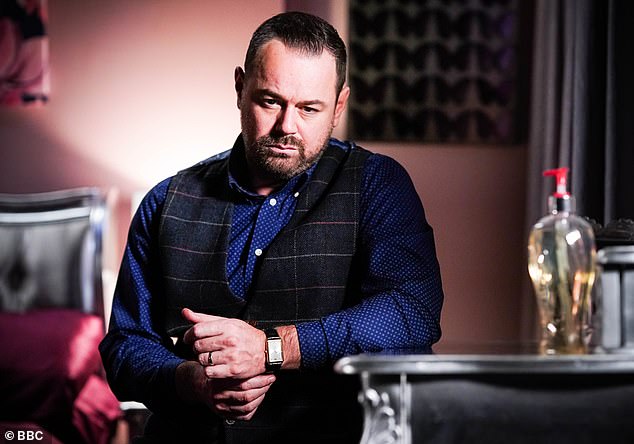 Soap legend: Danny announced in January that he would be leaving his role as Queen Vic landlord Mick Carter this year