Yes, it’s another unlikely combination of an uber-fast SUV and a racetrack, one that is likely to get many looking for over-ripe digital tomatoes to hurl in the comments. Blood pressures are unlikely to be lowered when some of the new DBX707’s other statistical outliers are considered: 707hp, 2,245kg, £189,000 and 7.4-seconds. The latter being not the 707’s 0-60mph time – that benchmark gets dispatched in just 3.1-seconds – rather Aston’s claimed 0-100mph figure. Which, to put things properly into their ludicrous perspective, is just a tenth of a second slower than the Jaguar XJ220 managed, the one-time fastest production car in the world.

Granted, it’s not hard to assemble a case for the prosecution out of that lot. But here’s one for the defence: the DBX707 is both a seriously impressive piece of engineering and an absolute blast on Silverstone’s dinky little Stowe circuit. Just because you feel guilty doesn’t make it any less of a pleasure.

Before getting a drive in this nearly finished prototype I first get chauffeured by Aston CEO Tobias Moers, who is soon demonstrating the new car’s ability to generate lurid oversteer on pretty much every one of Stowe’s corners. Nobody could accuse him of not being a hands-on boss. 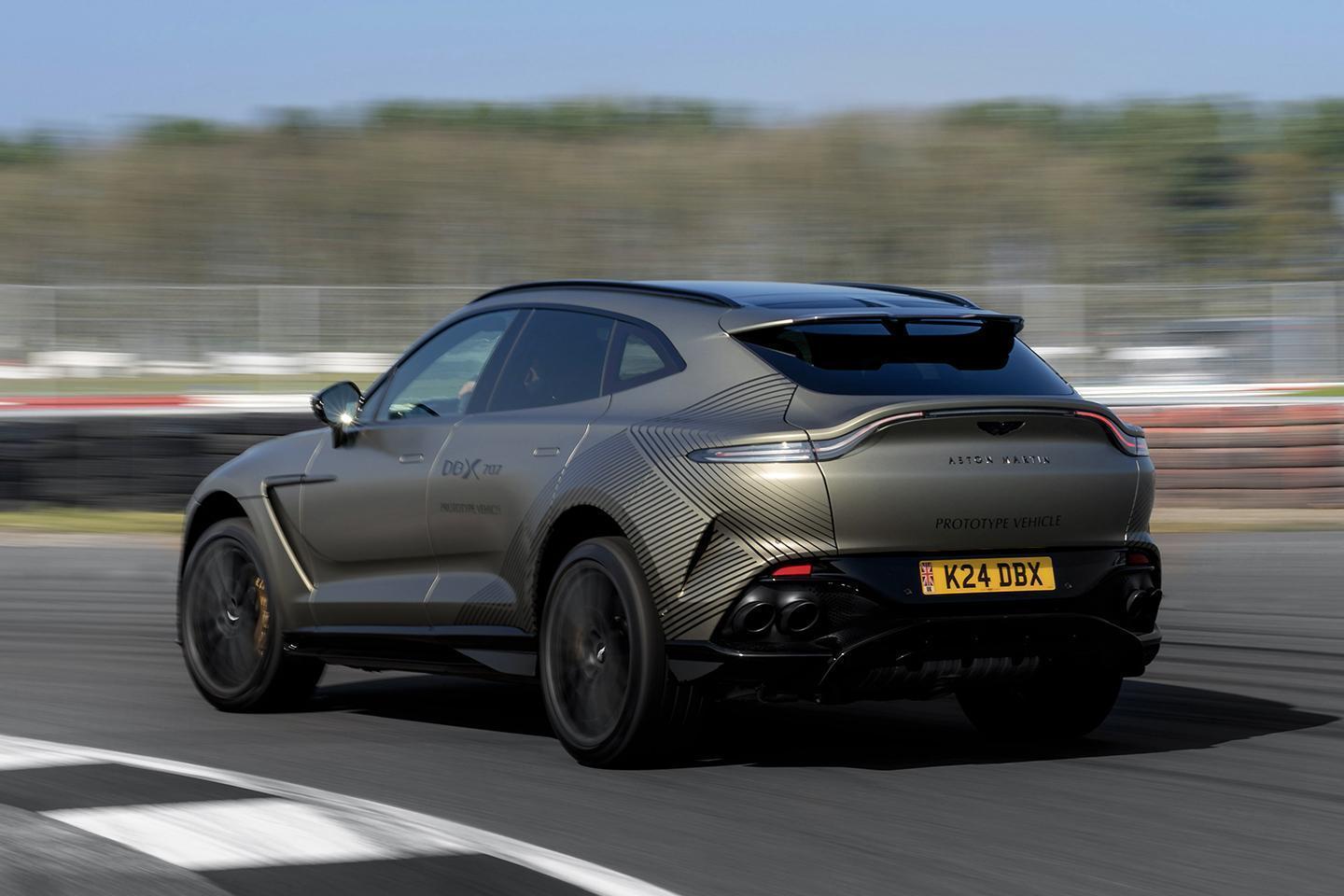 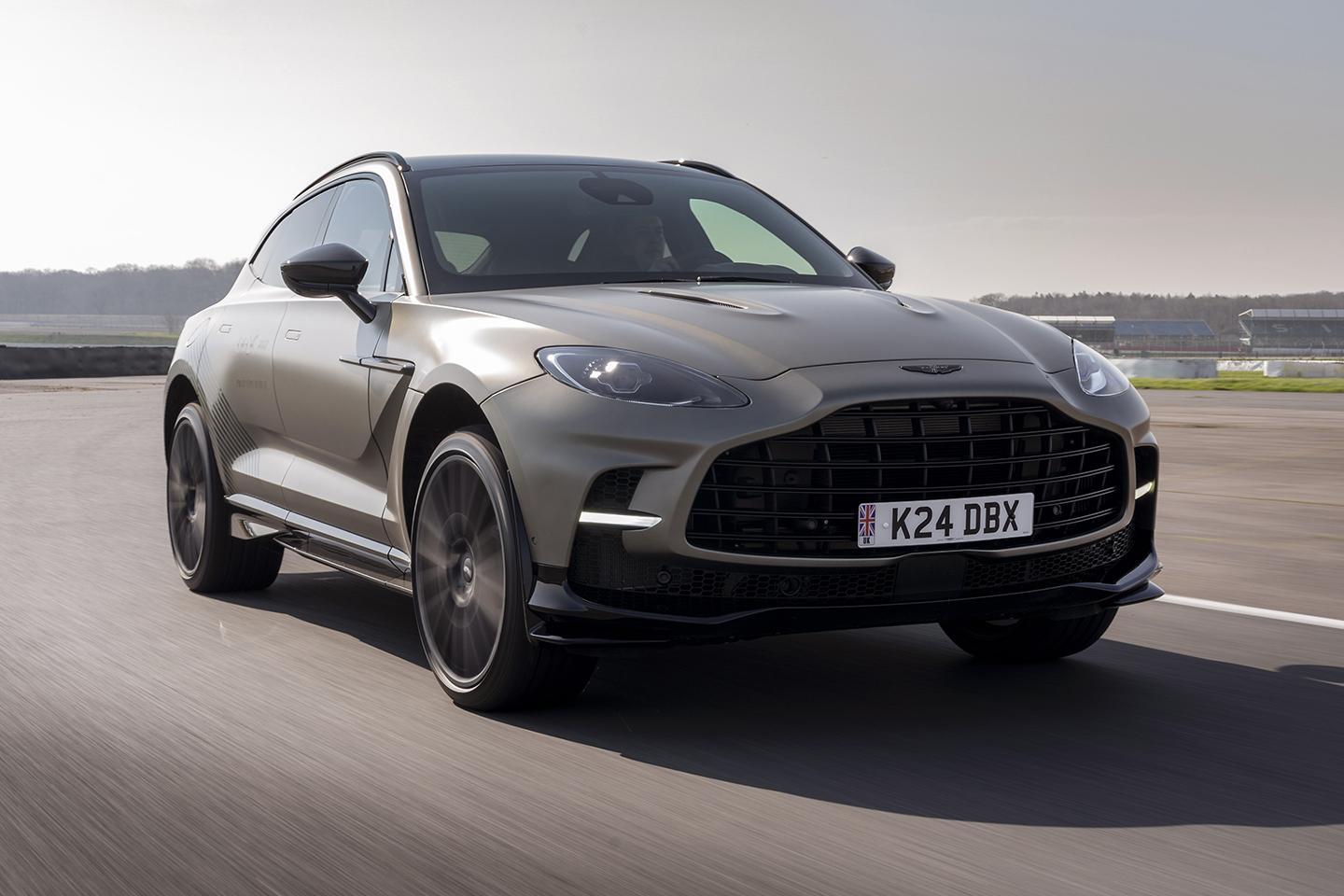 While work on a super DBX had begun before Moers arrived at Aston, the 707 has evolved to be very much his project. He talks me around the car in minute detail, and while the performance upgrade and the headline output figure are the most obvious discussion points, Moers is actually keenest to show off the suspension changes, and to prove the revisions haven’t compromised ride quality.

After just two laps of Stowe we head out for a tour of some of Silverstone’s rougher access roads so he can proved the new suspension settings haven’t come at the expense of compliance. “The car cannot be too aggressive,” he says, as he aims for every pothole to prove his point, “that would ruin it.”

Engine changes are slight. The 707’s 4.0-litre AMG V8 gets new ball-bearing turbochargers, redesigned induction and exhaust systems plus a boostier ECU – but Moers says the bottom end is unchanged. Of course, as the guy who commissioned the engine while heading AMG he knows its capabilities as well as anybody. The most significant driveline change is the arrival of AMG’s wet-clutch nine-speed auto in place of the regular DBX’s torque converter; this using a clutch pack to improve responses. Also, as Moers returns to the circuit to demonstrate, the new transmission gives the 707 a brutally effective launch mode. 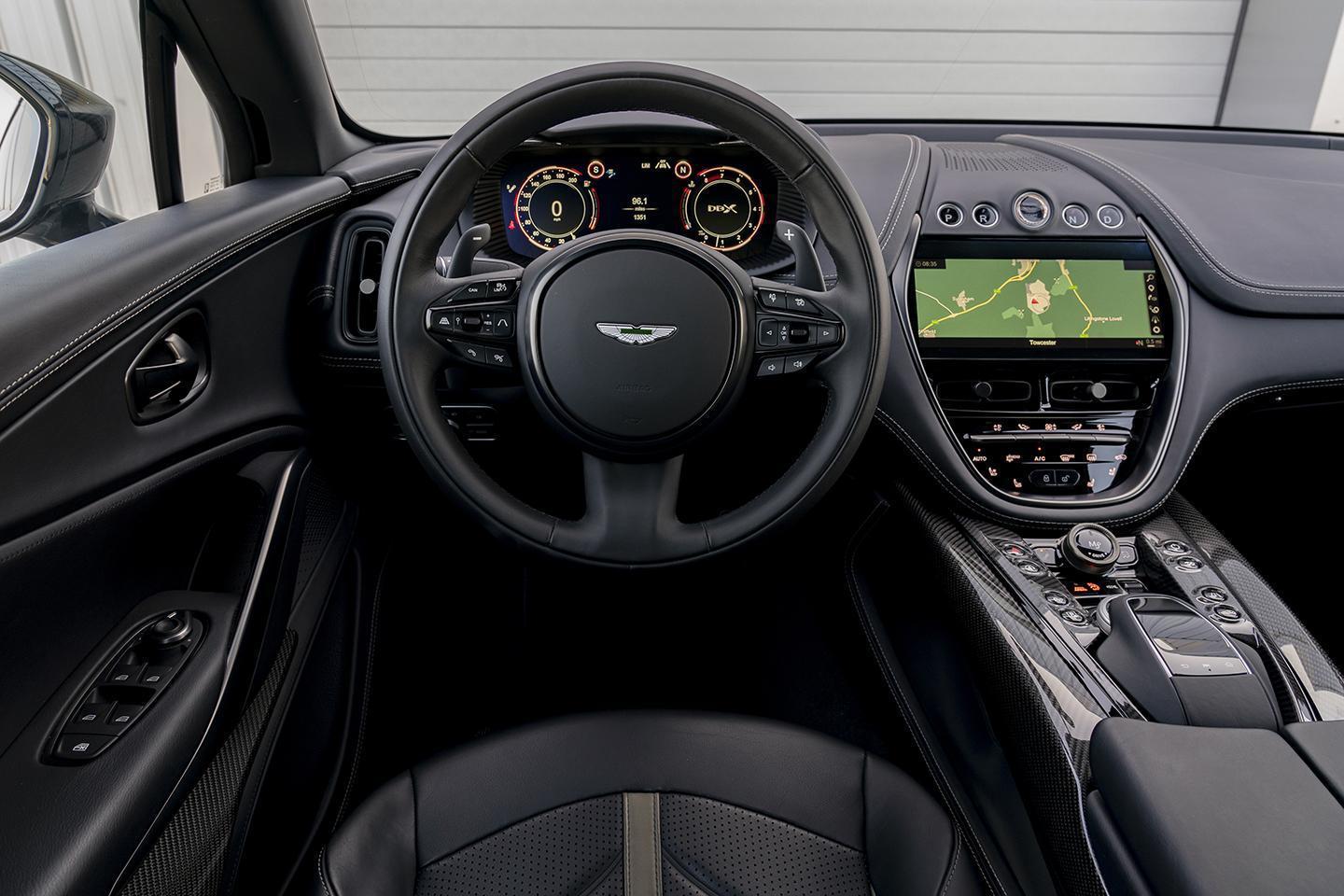 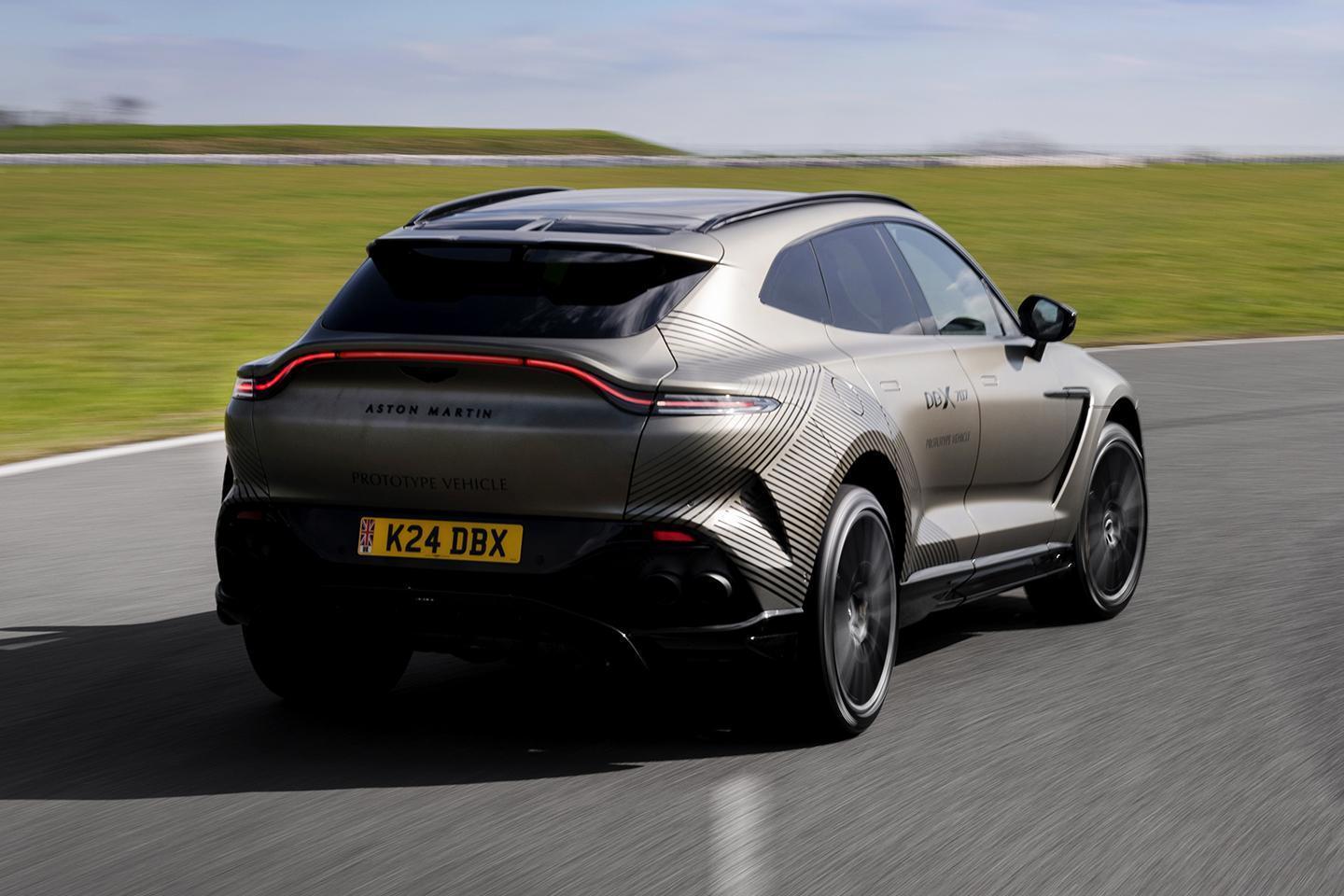 After no more than 10 minutes Moers returns to the pitlane to relinquish the driver’s seat. “You will learn more sitting on this side,” he promises. Which I doubtless will, although the combination of a cold track surface and the boss spectating is one to concentrate the mind.

The DBX707’s visual tweaks still stop some way short of Urus levels of theatricality. The front bumper is bigger, the grille has expanded and there’s a sizeable wing on top of the tailgate. The car I drove wore optional 23-inch alloys shod in Pirelli P-Zero tyres – 22s are standard – with huge carbon-ceramic brakes visible through the wheels, these being fitted to every 707. Like most other ultra-lux SUVs the DBX’s styling has Marmite-level abilities to divide opinion into binary camps – few stay in the middle – but I have to quietly admit to liking the way it looks, especially when compared to the gin palace that is the Bentayga.

There are changes in the cabin, too. The 707 gets new sports seats with chunkier bolsters and a resigned centre console with a rotary selector for the various dynamic modes, plus new shortcut buttons for dampers, ESP and the switchable exhaust valve. No, it still doesn’t have a touchscreen, but Moers says that creating a new Aston bespoke UI system is one of the company’s top priorities. 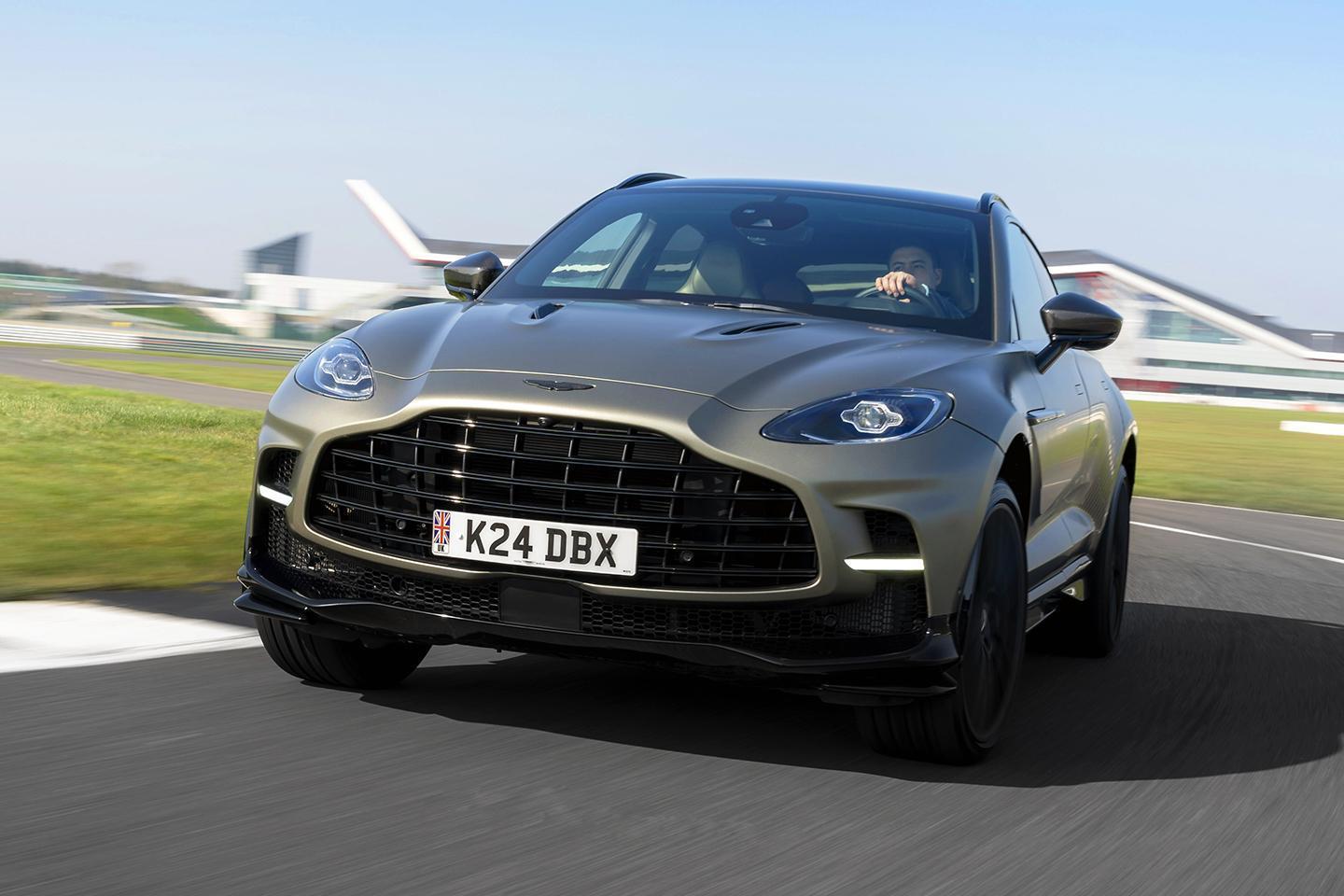 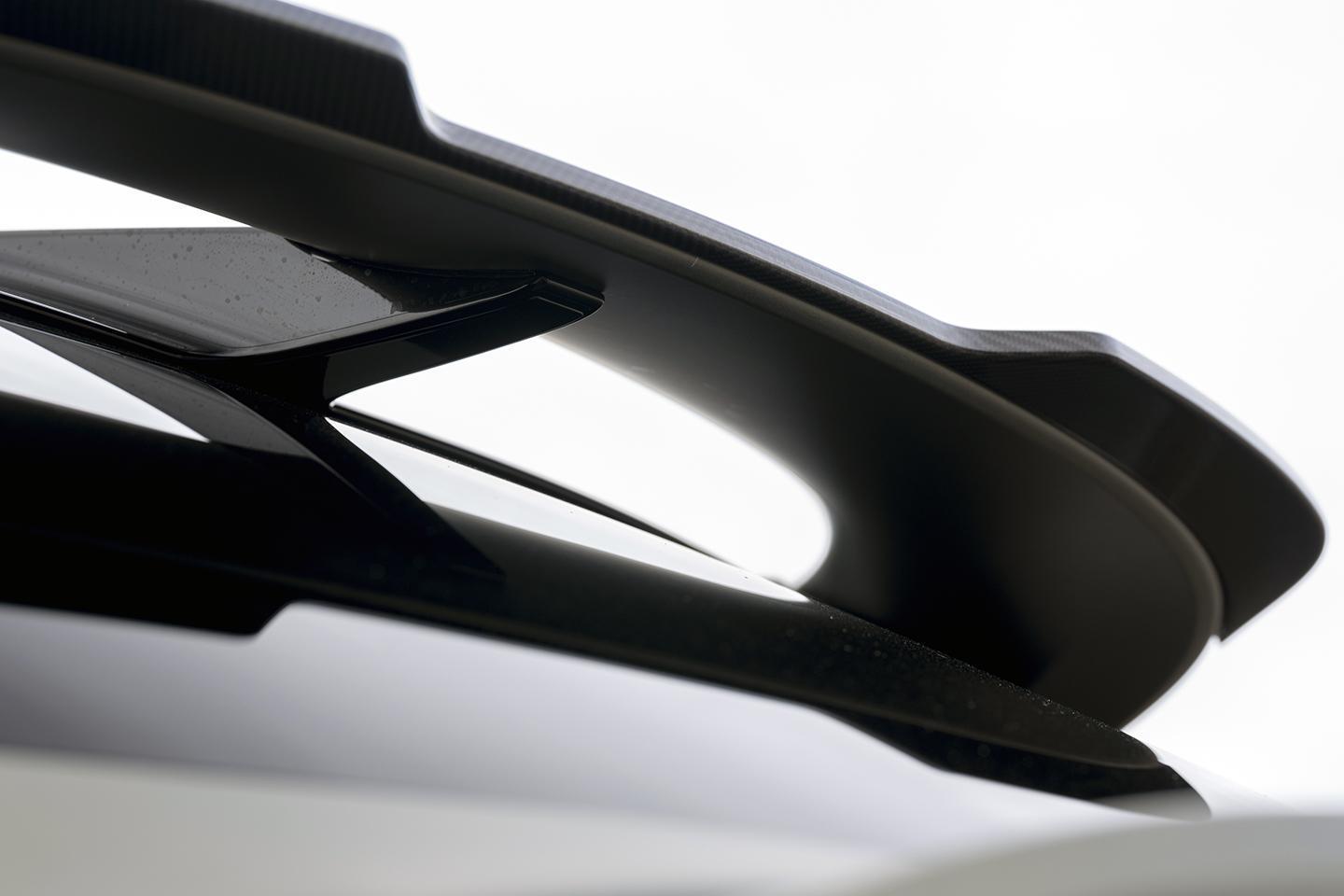 Right, onto the track. Where the DBX707 has proved itself to be ludicrously fast well before its reached the first corner. Acceleration forces are hard enough to feel almost uncomfortable, the DBX devouring the ratios of its gearbox at such a rate it’s a challenge to keep up with the demand for new ones with the transmission under manual control. The regular DBX isn’t a slow car, but this is on an entirely different level.

The carbon-ceramics bite hard and instantly, and the speeds the 707 is able to generate on even Stowe’s bijou straights has me glad they are there to handle what must be very serious thermal loads. The unlikeliness of the physics involved are move obvious under cornering, it isn’t hard to push the 707 into understeer in the tighter turns. But nor was it difficult to persuade it to surrender grip at the back first in more spectacular style.

Like the regular DBX, the 707 has GT, Sport and Sport Plus drive modes, with these progressively increasing the torque vectoring at the rear axle. The stability control also has a more permissive Sport mode which allows significant power oversteer before intervening. While it’s hard to imagine that too many buyers will be heading onto track for regular drift sessions, the car is certainly capable of managing them. 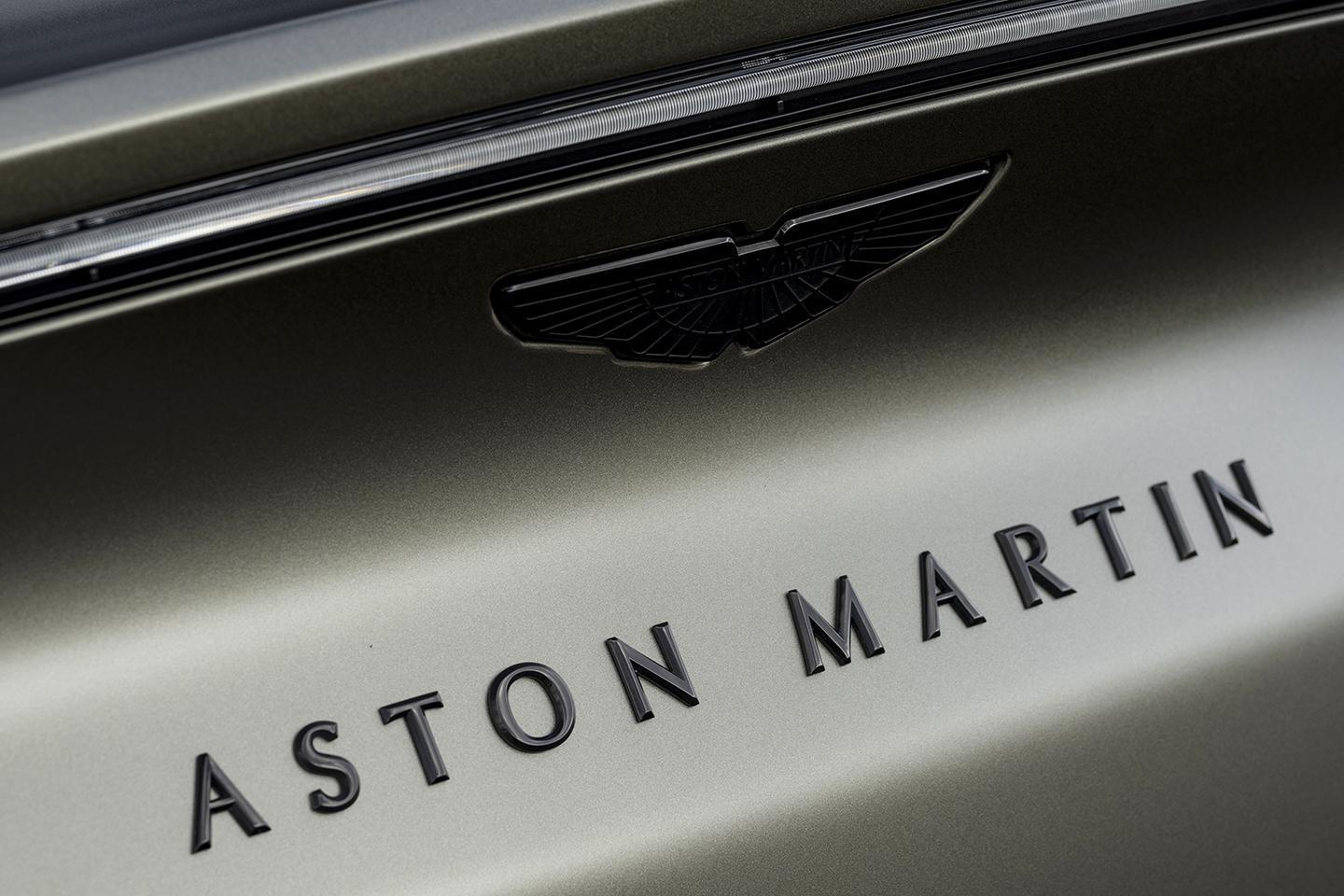 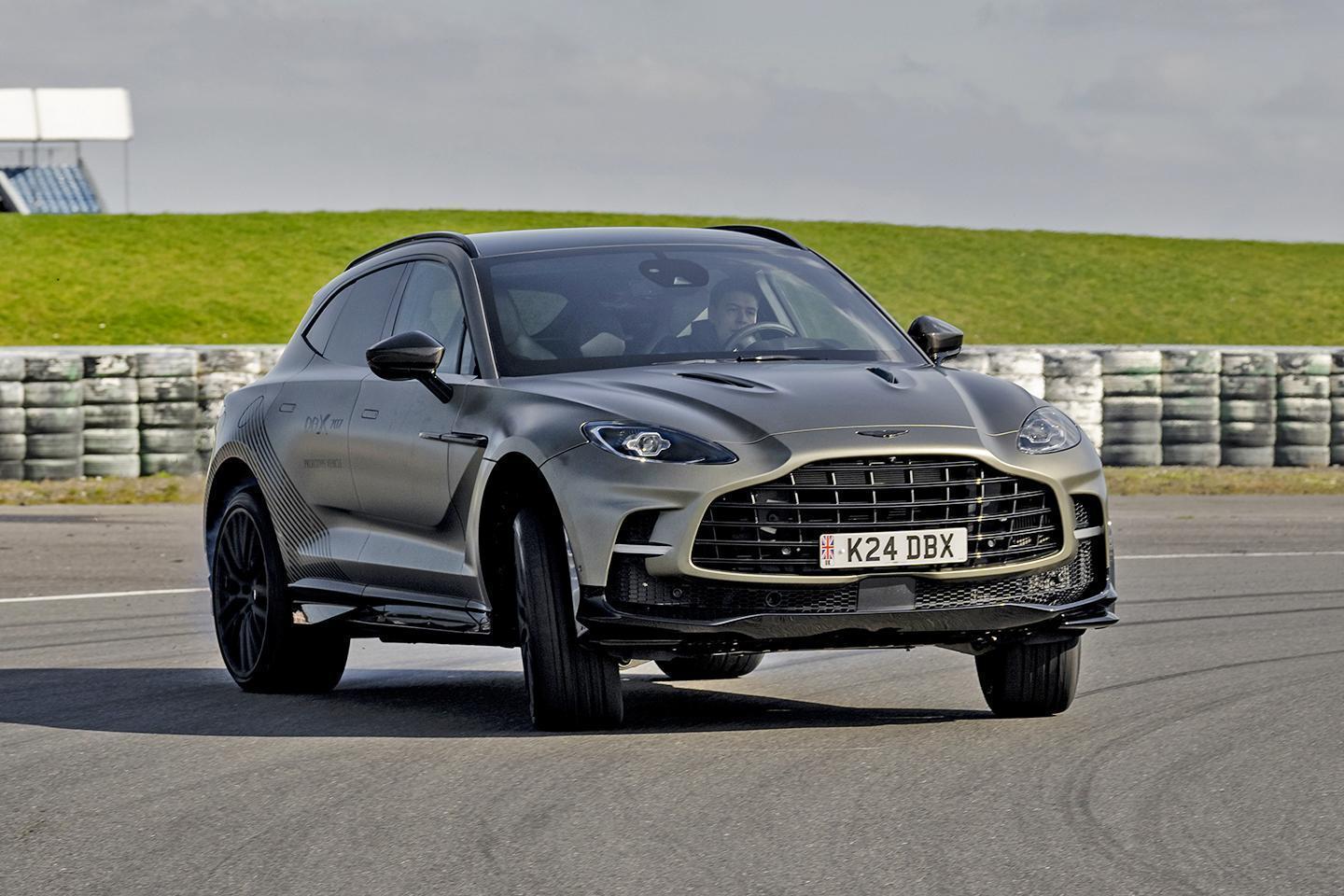 It’s a limited drive of an unfinished car in an unlikely environment – the proper test of the 707 will need to be on real roads. But it is still possible to feel differences at Silverstone at speeds well short of hoonery. Moers says much of the development effort was put into front end revisions to tighten up the 707’s steering responses, with new top mounts and stiffened components. The regular DBX isn’t notably deficient on precision or feel, but the 707’s helm is definitely better with slack-free responses and feedback getting through the assistance as forces build. Similarly Moers’ insistence the new car isn’t any harsher than the existing DBX seems borne out by a slower lap in the GT mode, proving the ride is still pretty plush even as the active anti-roll system fights cornering lean.

The revisions have another purpose: helping the DBX707 qualify as the fastest SUV in the world. Or, at least, the quickest around the Nurburgring Nordschliefe. Moers wouldn’t discuss a targeted lap time, but insiders say the car is reckoned to be more than capable of beating the Porsche Cayenne Turbo GT’s 7:39. To achieve that, predictability and high-speed stability are almost as important as outright power and grip.

Does such an unlikely record really matter? For most of us, not at all. But however silly the Nurburgring SUV record might be it has become one of the ways manufacturers keep score with each other, and Aston clearly reckons there is marketing kudos if they manage to beat Porsche there. Moers reckons that the 707 is going to make up more than half of DBX sales which, given a (relatively) slight £17,800 supplement over the regular V8 version doesn’t seem like an outrageous prediction. You can hate the game without having to hate the player.

Arise, Lord McCartney! Beatles' Sir Paul 'is being considered for a peerage' ahead of 80th birthday

Tech & Science Daily: Disney Plus with ads on the horizon